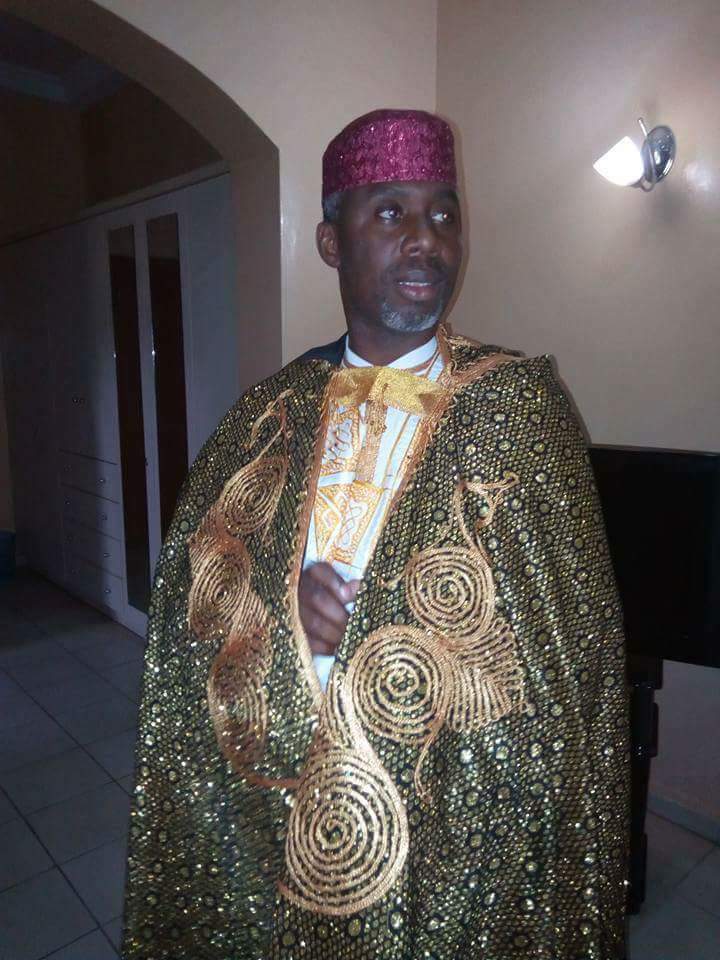 He is so desperate, not matured and very greedy, that is why he has disobeyed and divided the house his elders built, just for his personal reasons and his name Uche Nwosu represents division and desperation, a boy from a penurious family of Eziama Obaire, in Nkwerre local government area of Imo State.

Just like the biblical Jonah who was sent to Nineveh by God to preach against their iniquities and the need for their repentance, but due to his hatred and wickedness against the Ninevites, he decided to divert to Tarshish as part of his resolve to escape from delivering the message so that the Ninevites would perish and be destroyed. What a guy!!!

In Proverbs 16 verse 25, the Bible made us to understand that, ” There is a way that seems right to a man, but its end is the way to death”. Some decisions are taken by individuals on behalf of APC appear right and simple, but to execute it might be very difficult and dissastrous if nothing is done now to correct unforseen doom and gloom.

Jonaha��s reason for running was that, quite simple, he did not like the Assyrians, i.e APC (emphasis mine). Assyria (APC) was an idolatrous, proud, and ruthless nation bent on world conquest and had long been a threat to Israel (Imo State). When God sent Jonah as a missionary to the capital, Nineveh, the prophet balked. At the end of his story, Jonah specifies his reason for resistance: a�?That is why I was so quick to flee to Tarshish. I knew that you are a gracious and compassionate God, slow to anger and abounding in love, a God who relents from sending calamitya�? (Jonah 4:2).

In other words, Jonah wanted Nineveh (APC) to be destroyed. He felt they deserved Goda��s judgment. Jonah didna��t want to see Goda��s mercy extended to his enemies, and he knew in his heart that Goda��s intention was to show mercy. Jonah discovered that Goda��s salvation is available to all who repent, not just to the people of Jonaha��s choosing.

Jonah also discovered that no one can run from God. a�?a�?Can a man hide himself in secret places so that I cannot see him?a�� declares the LORD. a�?Do I not fill heaven and earth?a�� declares the LORDa�? (Jeremiah 23:24). Jonaha��s ill-advised attempt to escape from God was doomed to fail. He soon realized God was with him everywhere he went. Even in the stomach of the great fish, God knew where Jonah was and could hear his prayer (Jonah 2:2).

The reason why it is obvious that Governor Rochas Okorocha wants to destroy the ruling party, APC in Imo State is because he has decided to impose a Jonah, his son-in-law, Uche Nwosu on Nineveh (Imo State) I.e APC because he doesn’t want the party to remain in power in 2019. A Jonah carries bad luck, has bad reputations, and is earger to destroy due to selfishness and greed. If Jonah had wanted God to save the Ninevites (APC), he would not boycott the journey to the land to another unknown destination. This is exactly what Governor Okorocha is trying to do to APC in the state because of greed, wickedness and selfishness.

According to Jonah 1 verse 16, “One day long ago, God’s Word came to Jonah, Amittai’s son, up on your feet and on your way to the big city of Nineveh! Preach to them. They are in a bad way and I can’t ignore it any longer. But Jonah got up and went the other direction to Tarshish, running away from God. He went down to the port of Joppa and found a ship headed for Tarshish. He paid the fare and went on board, joining those going to Tarshish – as far away from God as he could get. But God sent a huge storm at sea, the waves towering. The sailors were terrified. They called out in desperation to their gods. They threw everything they were carrying overboard to lighten the ship”.

“Meanwhile, Jonah had gone down into the hold of the ship to take a nap. He was sound asleep. The captain came to him and said, “What’s this? Sleeping! Get up! Pray to your god! Maybe your god will see we are in trouble and rescue us. Then the sailors said to one another, “Let’s get to the bottom of this. Let’s draw straws to identify the culprit on this ship who’s responsible for this disaster. So they drew straws. Jonah got the short straw. Then they grilled him: “Confess. Why this disaster? What is your work? Where do you come from? What country? What family?” He told them, “I’m a Hebrew. I worship God, the God of heaven who made sea and land.” At that, the men were frightened, really frightened, and said, “What on earth have you done!” As Jonah talked, the sailors realized that he was running away from God. They said to him, “What are we going to do with you – to get rid of this storm?” By this time the sea was wild, totally out of control. Jonah said, “Throw me overboard, into the sea. Then the storm will stop. It’s all my fault. I’m the cause of the storm. Get rid of me and you will get rid of the storm.”

“But no. The men tried rowing back to shore. They made no headway. The storm only got worse and worse, wild and raging. Then they prayed to God, “O God! Don’t let us drown because of this man’s life, and don’t blame us for his death. You are God. Do what you think is best.” They took Jonah and threw him overboard. Immediately the sea was quieted down. The sailors were impressed, no longer terrified by the sea, but in awe of God. They worshiped God, offered a sacrifice, and made vows”.

This may sound very childish to mostly members of APC in Imo State, some of them do not know why the woe has betide the party, why the popularity of the ruling party especially in the State is reducing drastically on daily basis, it is because a Jonah has entered the party’s vehicle, and until the said Jonah is removed, the party may not make it in 2019 election.

Quite conspicuous like a friend said that APGA is sensitizing, PDP is re-organizing while APC is imploding, there is need for all hands to be on deck in ensuring that this particular Jonah is removed once and for all from the party if not, APC stands a losing chance in 2019.

The seat of the party is in a very raging storm which should call for a straw to rip off the said Jonah with back luck whose presence in APC can only give the party a red card rather than green card. Yes the Jonah is known, identified and recognized, but the problem remains, who and who can remove him for peace to reign.

9 thoughts on “Uche Nwosu: Another Biblical Jonah In Apc”