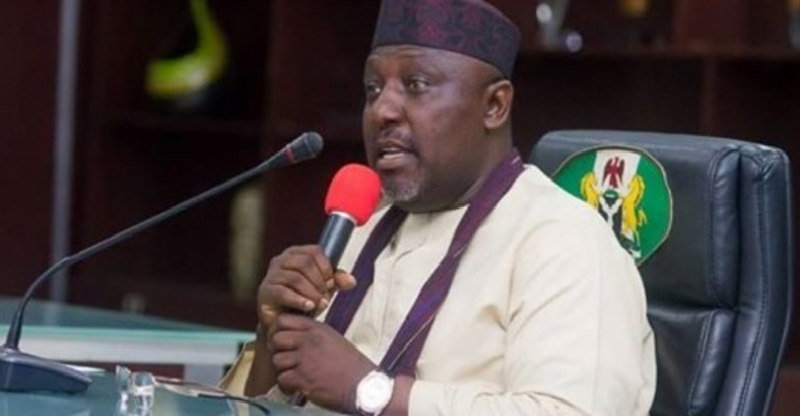 Speaking during a media parley in Owerri, the state capital, Okorocha said he does not intend leaving the party.

He also stated that his former Chief of Staff, Uche Nwosu, who is also a governorship aspirant, and aggrieved aspirants might quit APC to another party to realize their ambitions.

Disclosing that he won’t stop them from quitting, the Governor stressed that Nwosu and all the aggrieved candidates remained his choices and will get his support under any platform they chose to realise their ambitions.

Okorocha, “What will happen is that while they move to realise their ambition under any other platform, I remain in APC and support them. Such party will have no presidential candidate but will adopt President Muhammadu Buhari as their candidate.

“What we saw in Imo APC was a clear case of injustice and the worst imposition in history. The party members are aggrieved and they will be moving to another party to pursue their ambitions and I am not going to stop them, but we are going to form alliance with whichever party they choose to deliver President Buhari.

“In the 2019 general election, we are going to vote for candidates and not political parties. I am in the best position to assess the candidates and I know that among all the governorship candidates, Nwosu remains the best. I have told Imo people to check the records of those clamouring to govern the state before voting for them.

“What is happening in Imo APC is interesting and strange, a party known for uprightness, justice and fairness as exemplified by President Muhammadu Buhari, has been dented by the actions of the National Chairman, Adams Oshiomhole for whatever reasons he is yet to disclose.

“I have been trying to manage the situation but I have no moral justification to stop the aggrieved candidates who felt short-changed from realizing their ambitions in any other party but I have not left APC and do not intend to leave APC. But you must realize that in Imo, we don’t play party politics but politics of individuals. People did not join APC because of anybody but because of me.”

7 thoughts on “Uche Nwosu, Others To Quit APC To Realize Their Political Ambition…… Gov Rochas Okorocha”