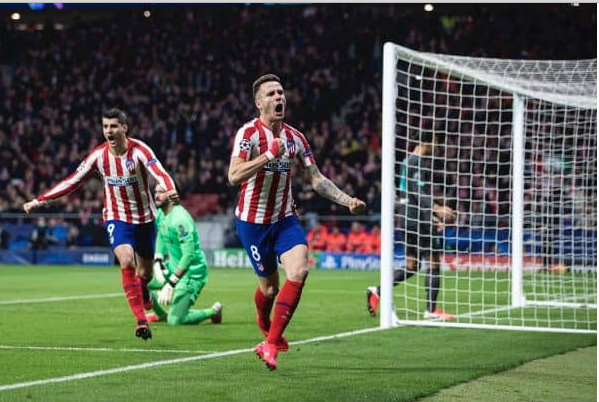 Atletico Madrid defeated Liverpool 1-0 in the first leg of the Uefa Champions League second round courtesy of a goal from Saul.

Niguez Saul gave the hosts an early lead in Spain as Liverpool struggled to show their domestic form at the Wanda Metropolitano.

Atletico Madrid restricted Liverpool to just two shots none of which were in target.

Liverpool suffered an Injury blow when Jordon Henderson limped off in the 80th minutes.

Haaland opened the scoring for Dortmund in the second half before Neymar restored parity for PSG, Haaland became the hero for Dortmund when he scored the winning goal with 13 minutes to go to give the hosts a first leg advantage.

The second leg comes up in Anfield on March 11.
Klopp is looking forward to the second leg after an emotional game in Spain

“I had no problem with the result. I saw so many happy faces from Atletico tonight, I get that because it’s a big win, but it’s not over yet. That’s the only thing I feel.

“The crowd wanted to help their team tonight. That makes it a very emotional game.

“Emotions are important. Tonight they were obviously completely on the side of Atletico but I am really looking forward to the second leg.”