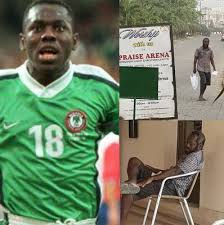 UEFA have confirmed a restructure to the Champions League – including changing the kick-off times and guaranteed entry to the group stages.

But under new rules sanctioned today ahead of the 2018/19 season, the top four from England – as well as Spain, Italy, and Germany – will gain direct qualification into the group stages.

The tournament will also now have two new kick-off times, with the traditional 7.45pm kick-off being replaced by 5.55pm and 8 pm.

Winning the Champions League – or Europa League – will also guarantee entry into the last 32.

However, if two teams who finish outside England’s top four win those competitions, then the fourth-placed team would drop into the Europa League.

The rules for automatic qualification read:

There will now be 26 teams automatically qualified.

There will also be six other qualifiers – four champions of their domestic league, two ‘non-champions’ – to make up the group stages.

The teams who finish fifth and sixth in the Premier League are also guaranteed a spot in the Europa League group stages.

The 2019 Champions League final will be played in Madrid, Spain, on June 1.

But Uefa president Aleksander Ceferin said: “Fans see the VAR screen all the time but nobody knows how it works.”

He added: “We will not use it in the Champions League next season.

“For me, it might be a good project but we shouldn’t rush it.”