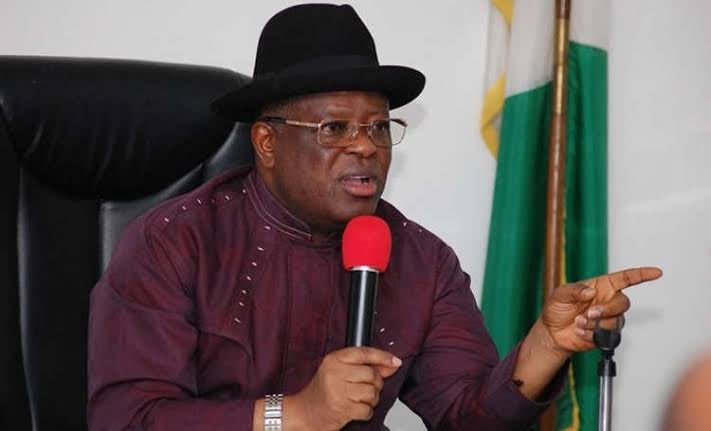 Oba, who was suspended for constituting an illegal taskforce and extortion of money from unsuspecting members of the public, was directed to refund all monies collected from his victims, and as well return vehicle number plates confiscated by the taskforce.

Briefing newsmen on the outcome of the State Executive Council meeting, the Senior Special assistant to the Governor on internal Security, Dr. Kenneth Ugbala in a joint briefing with Commissioners for Justice and Attorney General and Project Monitoring, Uchechi Okah, said the suspension followed public outcry.

“The Council is also notified about the indefinite suspension of the special assistant to the Governor on transport, Mr. Peter Oba for constituting illegal taskforce and using the same taskforce to be causing problem for the state.

“There is a public outcry concerning this, because members of the public are complaining that many times, they will park their vehicles just to go in to buy something and before they know it, the vehicle number plates are being taken away and they will be demanded to pay money.

“This money in question does not go into government coffers. So, the persons collecting the money are not accountable to government.

“The Council directed that the suspended SA to the Governor, Chief Peter Oba should refund to all those he has collected their money and equally return all the vehicle number plates he has collected from members of the public including that of the Rev. Fathers and Sisters.

“The Council directed further that henceforth such taskforce should not be in existence in the state, and encouraged the members of the public to defend themselves before inviting police whenever such people are being cited because they are not working for government”, Ugbala stated.

Why my policies, programmes, projects are unpopular, by Buhari

9 thoughts on “Umahi suspends aid over illegal taskforce and extortion”