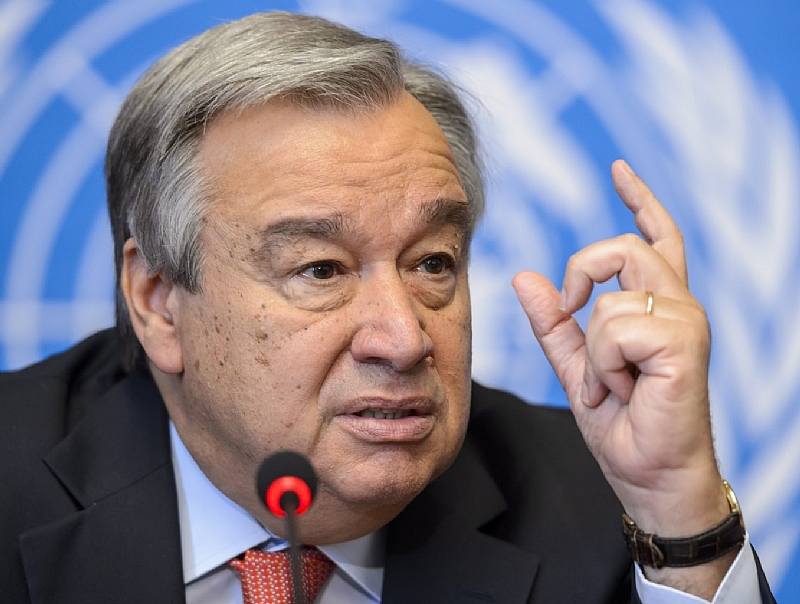 Guterres in a statement issued Wednesday in Maiduguri by his Spokesman, Stephane Dujarric said: a�?We strongly condemned the massive abduction and attack on the College.a�? Guterres said.

He called for an immediate and unconditional release of all missing girls and for their safe return to their families.

The Secretary General also urged the Nigerian authorities to quickly bring those responsible for this dastardly act to justice.

He reiterated the solidarity and support of the UN to Nigerian Government and other affected countries in the region in their fight against violent extremism and terrorism.

It will be recalled by hat the UN had earlier described the abduction as; a�?another horrific incident where young women and girls are targeted by terror groupsa�?.

a�?And we very much hope that the perpetrators will be brought to justice, and just as importantly, that the girls will be found and returned to safety.