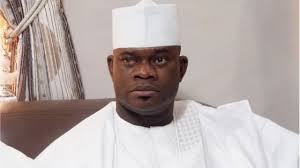 Following the impeachment of the former deputy Governor of Kogi State and the subsequent swearing of a new deputy Governor by the Chief Judge of the state, tongues have been wagging as to the legality or otherwise of the whole episode,

In line with democratic tenets, Nigerians have been divided on the issue and to yours sincerely, this is a good development because it has helped to deepen our democratic culture which should be hinged more on intellectual discussion, debates and other civilized means of engagement rather than acts of crudity and barbarism of resort to self help.

Unfortunately, some supposed learned minds have either by mischief or otherwise, joined the fray by exposing their ignorance and lack of knowledge of the constitution, thus exciting the gullible and never see anything good in the present dispensation, with their epistle of attack against our democracy and the judiciary which in this case, is helpless and only acting according to the provisions of the constitution of the land.

A lot of persons have gone to town with unconfirmed and speculative stories about the findings of the investigative panel constituted by the Kogi State chief judge and which reports it’s finding only to the House of Assembly and not the Chief Judge, returning a verdict of not guilty to all the allegations levelled against the former deputy Governor. Thus, one would like to ask that, what is the authenticity of the source of the information that the investigative panel returned a verdict of not guilty? Where and when did the panel make it’s findings public other than to the house of assembly as prescribed by the constitution of the Federal Republic of Nigeria? Can we ask those who are reporting the not guilty verdict on the former deputy Governor by the investigative panel, to please make the report public verbatim as evidence rather than this speculation which is misleading until proved otherwise?

Also, we are all aware that when the investigative panel concludes it’s assignment, it’s responsibility is to report it’s findings to the House of Assembly which then takes the decision to proceed with the impeachment or not based on the report and where it does so, then it must have been based on the panel report indicting the alleged and in this case, the former deputy Governor of Kogi State.

On the Kogi State issue, the House of Assembly has gone ahead to impeach the former deputy Governor and the next step is for the Governor to nominate a new deputy Governor who must be sworn into office immediately of which the responsibility lies with the state Chief Judge according to the constitution, no more, no less.

So in this case, one would like to admonish persons and groups who have gone to town painting our democracy in bad light and making derogatory statements against persons and institutions, to observe the ethos of civility by being taciturn and watch as events unfold of which the coast will become clearer as the days go by.

One sadly recollects and would like to state with all emphasis that the Kogi State scenario today is by all standard, different from what obtained in the draconian days of former President Olusegun Obasanjo era when he willfully subverted the constitution and abused institutions of state to criminally remove democratically elected Governors unconstitutionally with the use of brute force which is his trademark. Who can forget easily the illegal, despicable, crude, undemocratic and shameful manner of removal of former Governors Rasheed Ladoja, Joshua Dariye, etc by ex President Obasanjo goons?

However, despite these acts of subversion of the constitution by former President Olusegun Obasanjo, it took the bold intervention of the judiciary to restore law and order with it’s pronouncement that the impeachments were unconstitutional, null and void and thus reinstated the illegally sacked Governors.

Therefore on this basis, one would like to call on the former deputy Governor of Kogi State to head straight to the courts if he feels his right has been infringed upon by this impeachment and refuse to heed the call of anti democratic elements to heat up the polity with inciting comments and conduct.

One remains absolutely and resolutely confident in the ability of the judiciary to play it’s role as an unbiased arbiter in disputes and as they say, the last hope of the common man.