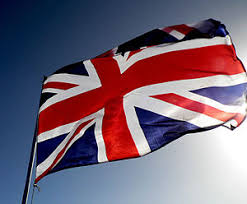 Britainis in the process of shutting its doors against public treasury looters from Nigerian and other parts of the world as a new law to clamp down on money laundering goes into effect.

Officials estimate that around A?90 billion ($127 billion, 102 billion euros) of illegal funds are laundered through Britain every year, including money stolen from the Nigerian treasury.

Now officials will use new unexplained wealth orders (UWOs), which came into effect last week, to seize suspicious assets and hold them until they have been properly accounted for, the Times of London reported yesterday, quoting Ben Wallace, Security and Economic Crime Minister.

Wallace said Russian oligarchs suspected of corruption will be forced to explain their wealth.

Wallace said he wanted the a�?full force of the governmenta�? to come down on corrupt politicians and international criminals using Britain as a haven.

a�?When we get to you we will come for you, for your assets and we will make the environment that you live in difficult,a�? he said.

Wallace spoke 24 hours after Finance Minister Kemi Adeosun said Nigeria and some foreign countries, including the UK, have started the automatic exchange of tax information (AETI), on overseas assets owned by Nigerians.

Adeosun spoke during the presentation of the progress report on tax laws reform by Taiwo Oyedele, vice chairman of the national tax policy implementation committee.

a�?The data received in Nigeria with regard to overseas assets held by Nigerians has been impressive and will underpin a long-term improvement in the nationa��s tax to gross domestic product (GDP) ration, in turn, will improve life for the masses,a�? she said.

The minister added: a�?The data on bank accounts, property and trusts, which has come automatically from a number of countries is being used to support the Voluntary Assets and Income Declaration Scheme (VAIDS) by allowing the tax authorities to check the accuracy of declarations received.

a�?The federal government is also using the data to generate nudge letters which are being sent to those identified as being potential tax defaulters.a�?

Adeosun said letters had been written to request specific information about offshore accounts held by Nigerians.

She advised users of offshore structures to regularise their taxes using the VAIDS initiative before it expires.

a�?The offshore tax shelter system is basically over. Those who have hidden money overseas are being exposed and whilst Nigerians can legally keep their money anywhere in the world, they must first pay any taxes due to the Nigerian government so that we can fund the needs of the masses and create jobs and wealth for our people,a�? she said.