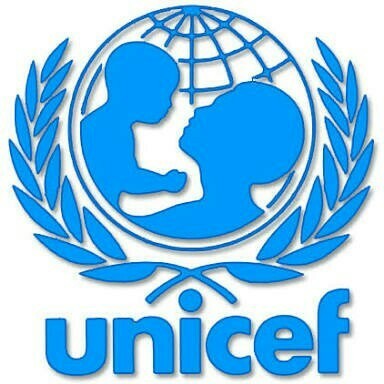 QUINTESSENTIALLY, United Nations Children’s Fund (UNICEF) which was created by the UN-General Assembly on 11 December 1946, to provide succours to underprivileged children and mothers originally in countries devastated by World War II, is extensively, in its characteristic interventions making headway, touching more lives. A two-day media dialogue on Educate-A-Child (EAC) Cash Transfer Programme in Birnin-Kebbi, Kebbi State on 8-9 April, 2019 unwittingly, exposed extreme wickedness, exploitation and egotism of the ruling class against the people. Steve J. Stowell notably said, a�?Great leaders find ways to connect with their people and help them fulfill their potential.a�?

An exploratory field-trip by about 40 journalists representing a diverse range of frontline media outlets in the country alongside related government agencies particularly Federal Ministry of Information and Culture, and Federal Ministry of Education, which climaxed the summit compellingly, raised critical questions for political leaders vis-A�-vis future of the society. In brief, is democracy pragmatically, a representative government or abysmally, survival-of-the-fittest scheme?

However, a question that may curiously, reasonably come from officious bystanders is; why the Cash Transfer Programme (CTP)? Could an arm of the UN still be dishing out cash in 21st century for effectual economic empowerment? And if affirmative, to what extent can such initiative go considering that in a society like Nigeria, majority lives below average? And how much can the global agency afford for a significant impact to its beneficiaries? Remember, in 2018, a report by Brookings Institution had pigeonholed Nigeria as the nation with the highest number of extremely poor people. Factual or otherwise; a story for another day. However, the bottom line is – the polity direly calls for strategic synergic interventions.

Thus, the CTP is strategically aimed at decisively fighting poverty by means of promoting child-education in the society. By this, UNICEF provides stipends primarily to encourage underprivileged mothers to enroll their children in schools. As designed, mothers are encouraged to utilize the funds for petty businesses, and then cater for their childrena��s needs from the proceeds. In other words, UNICEF sagaciously, conscientiously targets killing two birds with a stone; boosting child-education and then, family empowerment by making idle and underprivileged mothers become economically active for familya��s sustenance.

The cheering account of the field-trip to Kawara-Manu Model Primary School, in Maiyama LGA, Birnin-Kebbi; a beneficiary-school of the UNICEF CTP is; Cash-Transfer-Programme is significantly, exponentially yielding the target goals; promoting child-education with pupilsa�� population multiplying in triples. The bad news, on the other hand – the positive result is tragically metamorphosing to a secondary crisis which requires a state of emergency.

To be straightforward, the classrooms and teachers are consequently, insufficient to meet the upsurges. A classroom that designedly, accommodates maximum of 30 pupils presently disgustingly squeezes over 100 pupils sitting on the floor as chairs impede available spaces. Imagine a breakout of infectious disease; apparently, no child will escape infections due to their proximities. Parenthetically, how would a teacher effectively control such a high number of pupils? Thus, the goals invariably, may be defeated if not complementarily remedied. Nevertheless, the momentum should be sustained.

Philosophically, in-depth sense of security hasn’t been effusively figured out by leaders. Security etymologically includes social security which is synonymous with welfare. English Dictionary defines security as a�?the condition of not being threatened, especially physically, psychologically, emotionally or financiallya�?. In other words, the Constitution understandingly, circumspectly used a�?security and welfare of the peoplea�� simultaneously. Unfortunately, leaders often, negligently limit insecurity to hostilities with guns, bows and arrows. And where it didna��t occur, diversion of security votes mischievously to private accounts and for luxury property abroad eccentrically follows suit. Security votes, noteworthily, is distinctly accountable public funds for general security and cannot be misconstrued as a�?unaccountablea�� funds for leaders in power. Even in Freetown, there is no free lunch, they say.

Emphatically, Article 26 of the UN Convention on Childa��s Rights (CRC) provides, a�?Every child has the right to benefit from social security. Governments must provide social security, including financial support and other benefits, to families in need of assistance.a�? Thus, exclusion of childrena��s development in the security votes is fundamentally, a gaffe. Loudly! Security vote isna��t only for physical security; social security is prominently inclusive. Possibly, state governments could, in addition judiciously constitute Security Trust Fund particularly to replicate UNICEF-EAC policy as a proactive security strategy. Knowledge is power.

Umegboro, a public affairs analyst, participated in the UNICEF-EAC media summit on 8-9 April, 2019 at Birnin-Kebbi in Kebbi State. 08173184542-SMS only. (Https:www.carlumegboro.com)

182 thoughts on “UNICEF Cash Transfer: What Next?”