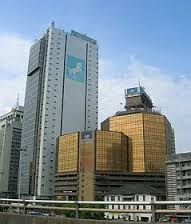 Union Bank of Nigeria (UBN) Plc on Tuesday declared a profit before tax of N14.9 billion for the nine months ended Sept. 30, 2018.

The unaudited result submitted by the bank to the Nigerian Stock Exchange (NSE) showed that the profit was higher by 14 per cent when compared with N13 billion achieved in the corresponding period of 2017.

Its gross earnings rose by 12 per cent to N122.2 billion, against N109.5 billion in the preceding period, driven by higher assets and a 46 per cent growth in non-interest income.

Interest income stood at N91.5 billion, compared with N88.5 billion posted in the corresponding period of 2017, up three per cent.

Net interest income before impairment grew by five per cent to N49.4 billion, against N46.9 billion in third quarter of 2017, continuously led by increased earning assets.

Commenting on the results, Mr Emeka Emuwa, the bank's Chief Executive Officer, said that “in the third quarter of the year, our numbers continue to track strongly across all performance metrics.”

“Leveraging positive investor confidence in the bank, we concluded a successful inaugural issuance of Series I and II bonds under our newly-registered N100 billion bond programme.

“We will remain focused on driving and enhancing productivity across the Bank, to ensure we deliver on our expectations for the year,” Emuwa said. (NAN)