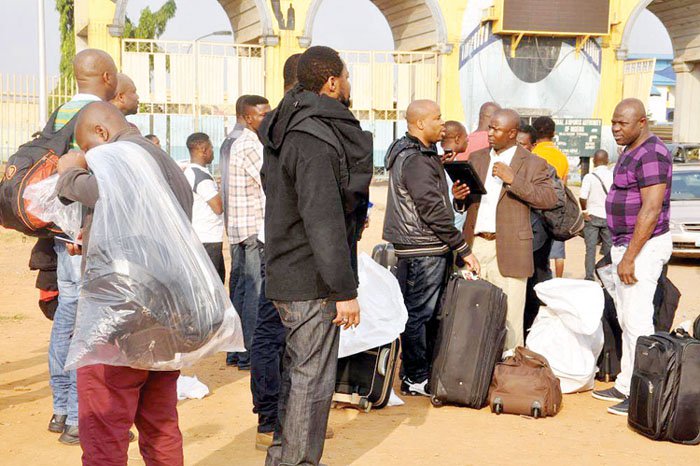 The United Kingdom has deported 36 Nigerians for allegedly committing numerous immigration offences in the country.

The deportees comprised 33 males and three females who had illegally resided in Dublin, Ireland and England for several years.

The deportees were brought back to Nigeria through a chartered airplane, Titan Airways, with flight number ZT9131 at the Murtala Muhammed International Airport (MMIA), Lagos.

Most of the deportees wore sombre looks and complained that they never committed serious offences in their host countries before they were repatriated on Wednesday morning.

Some of the offences of the deportees include overstaying, visa expiration and lack of resident permits.

On arrival, the deportees, who were escorted back to Nigeria with security operatives from the United Kingdom, went through immigration profiling.

On completion of the immigration processes, they were allowed to depart to their various destinations, but most of them were seen lurking around the hajj and cargo terminal with their sack bag lurked under their arms.

In June 2017, the UK deported 28 Nigerians while in June 2018, the United States of America deported 34 for various immigration and alleged criminal offences.