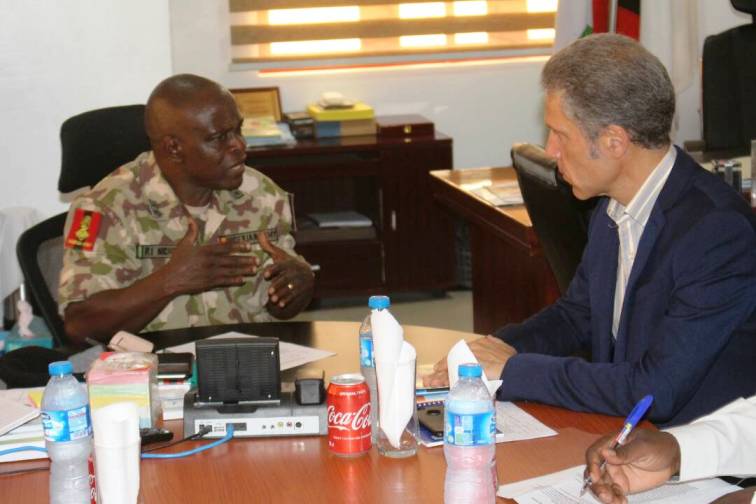 A statement issued by Lieutenant Commander Delightsome Yohana, Media Cell Assistant, Operation Lafiya Dole, Theater Command said during the visit, the deputy humanitarian coordinator thanked the theatre commander for providing security and conducive atmosphere for agencies of the UN organisation’s to operate stating that the collaboration between the military and the UN agencies should be sustained.

The theatre Commander in his response told the deputy humanitarian coordinator that if there ‘re issues of concern, discussions and consultations should be the first option so as to clear the air before getting it to the media, adding that, the Nigerian military has remind highly professional in the discharge of its duties in the North East.

The theatre commander further expressed appreciation to the vistors for their contribution and support in the peace building process in the North East .

He also pointed out that Communications lines are always open for both organisation’s to interface and exploit ways of resolving issues.

Gauteng Tournament: A Learning Experience For The Team – Eguavoen

World's most popular YouTube broadcaster, PewDiePie, uses racial slur in an expletive-laden outburst during a livestream