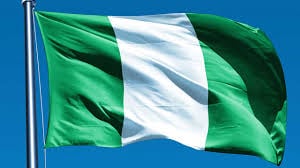 We are moving beyond talking, as APC BoT member Senator Ali recently observed. We the people are moving into action. We have decided to no longer accept the error that Nigeria’s military dictators condemned us to when they dissolved our founding regional system and imprudently subjected us to be an unworkable unitary state.

We shall no longer tolerate the scam that political parties run when they advertise restoration of true federalism in their manifesto and fail to keep their promise upon victory. Item number 1 of APC manifesto in 2014 reads:

“Initiate action to amend our Constitution with a view to devolving powers, duties and responsibilities to states and local governments in order to entrench true Federalism and the Federal spirit.” Source: https://www.allprogressivescongress.org/manifesto/

*Note: this is not from the “Make America Great Again” Next Level 2018 APC Manifesto which could not be accessed as the website is “still under maintenance.” See: https://apc.com.ng/

However after promising to restore True Federalism, the APC, like the PDP before it has done the opposite. It has increased powers at the central presidency, even usurping powers of the senate and judiciary by blackmail and brute force of the armed services.

The dissolution of Nigeria’s regions by the military was illegal. Nigeria as it exists today is an illegal contraption and this only breeds misery and death while empowering a cabal in and around the center of power. This situation is no longer tenable.

As appears harmonious across the Lower Niger, we Yorubas of Nigeria demand immediate restructuring to prevent disintegration, as stated by the Yoruba World Congress at the summation of the 80+ group attended conference in Ibadan last week, and the Afenifere in their latest press release, and in alignment with the outspoken groups agitating for Biafra.

United States of America practices true regionalism. Each state is a state-region with its own laws, police and economy. The same goes for the United Kingdom, the United Arab Emirates, Brazil, Canada and virtually all developed and progressive nations.

People with different cultures and plans cannot and should not be forced to live and operate as one. Various peoples must be allowed to seek their own destiny and fulfill their own dreams on their own clocks. In the United states, some states decide to bear arms and some states do not. Some states accept polygamy and some do not. This is the civil way of progressive nations. And this is the way we have decided on restoring Nigeria to be.

Nigeria has failed. To salvage this failed project, dissolution or restoration of regional autonomy with Odudua, Biafra, Arewa etc regions is the only acceptable way forward. We will no longer stand and be dumbbelled, detained, looted and killed under this failed contraption.

6 thoughts on “United Regions of Nigeria or Disintegrated Contraption”