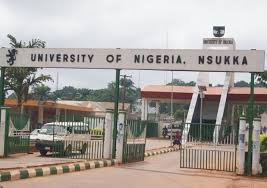 Universities must not be turned into business centers to generate profit alone, but can also be of value beyond academics to their communities. Unfortunately, these days in many African countries, schools have degenerated to cash cows. Some graduates are not equipped for their chosen field of specialization. Most of the universities we value so much abroad have patents by scholars attracting rich funds and royalties to the locality.

Sometimes foreign graduates whose training and patents have been secured by foreign universities that are not conducive to our advancement or geared to our culture, are hired as scholars and professors over local graduates and scholars. Nobody would hire such abroad because they lack local experience. Some are not adaptable. Indeed, Chinese scholars in Western universities and foreign sponsored research that are not vented by Western governments can lead to charges of espionage and fraud.

Today, we have a few universities across Africa that are self-sufficient in solar energy in communities without electricity. They must go further and empower proximate villages. It is not free but the cheaper these projects are, the more folks in the communities that would patronize them. The mentality in Africa, just like other continents is to make outrageous profit. But only few can pay in African communities with universities. These schools can lead the way of lower profit or non-profit for good deeds.

It is people’s needs, ideas and you that create jobs. While governments only create essential services beyond the reach of business, they must facilitate a conducive environment, especially Government funded colleges. Political policies matter because they dictate economic policies. Those claiming they have no control over the economy are fulfilling economic policies dictated by political leaders outside their continent.

We have cows and goats in most African countries, yet we import cocoa milk as if we do not have cocoa and milk locally. If ours are not fecund enough, we should be duplicating the technology in our universities instead of importing milk. It is cheaper and more reliable if cows and goats are home bred with copied or stolen technology. It should be our priority. Every university must be a place of talents for some unique returns.

Africa still has the biggest laboratories in the world, our forest. Professors and students always complain of equipment that has broken, old and that they need new imports as if the factories that make the equipment cannot be established in Africa after 60 years of Independence. Our forests are vast, yet medical science scholars do not use them as ancient folks for local drugs discoveries to cure local diseases or as laboratories.

Urban Development, Agriculture, Electricity, railway and roads easily come to mind. We have been hearing of automobile industry development from scratch from Professor Awojobi in the University of Lagos since the 60s. Innoson Motors and others, recently gained the spotlight in auto assembly but the prices of their automobiles are beyond the means of the average Africans. Ford in United States did not start with excessive profit.

Even then, the modes of transport for commerce, tourism and pleasure need to be well planned from universities Engineering/Transport Departments. They must be updated and expanded before accommodating more affordable automobiles if our factories and manufacturing plants can meet demands. Before we can create demands, we need a population with increasing buying power. Every Administration had unfulfilled waterways promises that needed to be exploited and modified, not to mention primary roads.

As it is, in most of our capital cities from Monrovia, Accra, Lagos to Johannesburg; many roads are broken or too congested. This happens when you have more cars than durable and functional roads. We cannot keep on producing automobiles when there are no roads to drive them. Unfortunately, public transports are not adequate or regular. This is simply an absence of planning by the departments responsible. But there are university professors that specialized in this area. What are universities good for?

Dangote is now building cement roads in Lagos. Asphalt has been used in road construction throughout the world. When United States companies started thinking about how to recycle their tires and keep them out of landfills, they started using them for road surface and later for road construction. The British have now approved the same process in England. So are the Germans.

Even India is using plastic for road construction “The bitumen-modified plastic improved the tensile strength of the road by making it more durable and flexible. Plastic prevented pothole formation. When the layer of molten plastic filled the space between the gravel and bitumen it thwarted rain water from seeping in and causing structural defects”

Old tires and used discarded plastics and electronics are now recycled and made useful again for different endeavors for those willing to make money locally instead of importing them into Africa thanks to the plastic and electronics recycling projects. These are materials we have in abundance as wastes that can be turned into riches. Usually most of these start as experimental projects in the universities. By the time they get out into their communities, they are income projects that can support universities.

Old tires, plastics and environmental wastes from Europe, America and Asia have been dumped into African countries for years. Indeed, some unscrupulous African business men were paid to import the trash without the knowledge of the people or governments. Since Africa is used as dumping grounds, governments are more aware and rejecting the refuse. Even, China stopped importing these junks, to recycle old tires and plastics as new green business ideas.

Moreover, African countries generate enough waste on their own and most of the dump sites have become environmental disasters and eyesores. Discarded used electronics and other appliances litter these areas. Actually, some of the children living on these environmental dumps pick different dangerous metals from the appliances and sell them to other willing buyers that recycle them.

As far back as the 80s, Governor Lateef Jakande of Lagos State almost completed a plant called Waste To Riches that was supposed to generate Power before they were overthrown by the Military. As usual, nobody built on it or followed up after. Most of the countries that implemented the same idea are now leaders in Asia, not to mention some European and American states.

People want action and planning to meet future demands, not fighting an uphill battle trying to cope when overwhelmed by population.

28 thoughts on “Universities As Mini Project Centers For Communities”