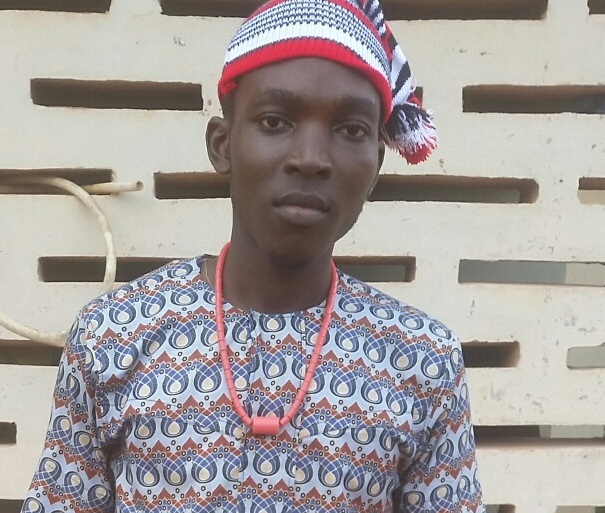 The popular Young Nigerian Writer, Izunna Okafor has bagged another prestigious award, now as the Campus Best Writer/Journalist of The Year 2018, following his colossal achievements so far in the fields of creative writing and journalism.

This was made known in the ONYXX TV award giving ceremony which held yesterday together with the M.B.G.U. Competition 2018 in the Suncity Hotel Awka, Anambra State. Commenting on the award, the organizer of the nation-wide event Mr. John described the award as auspicious, owing the fact that, among others, Izunna has a ‘taller shoulder’ in the two fields thereby making him most qualified for the award.

Also congratulating him on the award, the National President of the Society of Young Nigerian Writers, Mr. Wole Adedoyin ratified the merit of the award, rained encomium on the winner, even as he described him as a connoisseur in the field of pen. He presented Izunna as a prolific writer who has not only proved his worth in the field of writing, but also a visionary and humble young man who aspires to go farther in life, considering the diversity of his ability and efforts.

He has won and been nominated for a plethora of awards which include:

The Nigerian Writers Award/Indigenous Writer of The Year 2015/2016

Merit Award from The Society of Young Nigerian Writers (2016);

Award of Recognition From The Students’ Union President, Unizik (2017)

AEYCA/Young Writer of The Year 2016;
Award of Academic Excellence from The National Association of Public Administration Students (2016);

Award of Excellence from The Society of Young Nigerian Writers 2016;

He was nominated for The Future Award Africa 2016/African Prize For Education, which is the biggest and most prestigious African Youth Award.

He has been published in so many magazines, websites, literary blogs, anthologies and journals, both nationally and internationally, including the reputable Pengician, the (Africa’s No. 1 online portal). He is also a columnist and renowned journalist, currently working with the Anambra Newspaper Printing Corporation, the publishers of “National Light Newspaper” and “Ka Ọ Dị Taa” (Igbo Language Newspaper); as well as Igbo Radio (www.igboradio.com).

His published books include ‘Ikem’s Adventure’; ‘The Curse of A Widow’; “The Faithful Children” “Ajo Enyi” and “African Blood”. To his credit, are also numerous poems, short stories and over two hundred articles published online, both in English and the Igbo languages.

Izunna is the coordinator of the Society of Young Nigerian Writers Anambra, State Chapter as well as the brain behind “Remembering Chinua Achebe: A Literary Icon” which is an annual literary event held in memory of Chinua Achebe. He is an ambassador of TFA Africa in Nigeria; the ambassador of Read Across Nigeria in Anambra State. As a four-hundred level student of Unizik, he is also the current Secretary General NAPAS as well as the National Secretary General of the SYNW.

A Celebration Of Tyranny, Nepotism And Corruption.

Killings: Femi, you goofed on the opposition – Izuoma Ibe