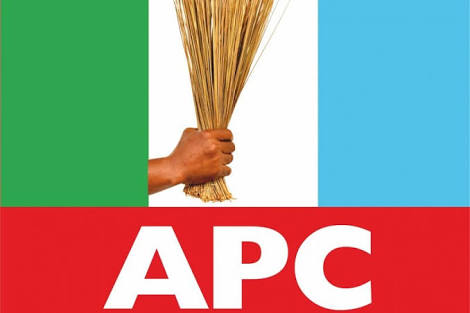 Scandal in the words of Paul Glenn is a needless word or deed which does harm to those who hear or observe them, it is the word or deed that occasions sin in another; it is a bad example. Very instructive also is the fact that; to the person scandalized, the scandal is passive while in the person doing or saying the scandalous thing, it is active.

Ruminating about the recent political developments in Nigeria with reference to the ill-advised release of the alleged treasury looters identities, this administration comes flooding as a fitting example of a a�?scandala�� as defined above while the nation Nigeria seamlessly represents a scandalized lamb.

Apart from the asymmetrical posturing of the list which excluded its associates that were hitherto members of the opposition charged with the same offence, what is most frightening is that with this feat, the FG has amalgamated the Executive and Judiciary arms of government by assuming the positions of the investigator, the prosecutor, and the judge. What is more, no hope for the future?

Against this backdrop, Nigerians now nurse a deep-seated fear that history has a way of repeating itself, with many wondering why everything about APC as a party and its government unorthodox. A state of affairs that compelled critical minds to question what is in that name, All Progressive Congress (APC) that throws any nation they assume the mantle of leadership into confusion; not just In Nigeria but in Africa as a continent. If you are in doubt of the above claim, wait till you cast a glance at this documented account;

In 1985, the All Progressive Congress (APC) took over the mantle of leadership in Sierra Leone with Joseph Momoh at the helm of affairs, just immediately, the nation came to a halt; the civil servants salaries stopped, the road fell to pieces, the schools disintegrated, the National Television stopped in 1987 when the transmitter was sold by the minister of information. And in 1989, a radio tower that relayed radio signals outside Free Town fell down, ending transmission outside the capital, with weapons pouring over the border as government disappeared.

The economy finally collapsed and Sierra Leone kissed calamity. Looking at this account in relation to what is currently happening on our shores, it will necessitate the question as to whether Nigeria is headed for Sierra Leone.

Even if an answer is provided to the above, it will not at any significant level erase the common knowledge that this government lacks the solution to the hydra-headed socioeconomic challenge facing the nation; a feeling that has in turn corroded the goodwill the party enjoyed in 2015.

Again, Nigerians are also shell-shocked that such illegality of tagging some of her citizena��s looters without going through the conventional judicial process is coming from a government that promised the nationa��s rejuvenation of the economy and hypermodern society is in my views, a pragmatic demonstration of not the rule of law but the will of man.

To the vast majority of Nigerians, this development is unbecoming and uncharacteristic of a responsible and responsive government as section 36(5) of the 1999 constitution (as amended) clearly states that a�?every person who is charged with a criminal offense shall be presumed innocent until he is proved guiltya��.

If this is the position of the constitution, why is the FG resorting to self-help by coming out with such names that are not yet convicted by a court of competent jurisdiction?.

This and many other sordid reasons may have informed the former Nigeria President, Chief Olusegun Obasanjo clarion call to president Buhari not to contest the 2019 election as he has performed below expectation.

In line with the above, it could also be recalled that President Buhari according to reports had in March 2015 among other things described Chief Olusegun Obasanjo as a courageous patriot and statesman who tells the truth to the power when he is convinced that leaders are going wrong. It is my prayer that PMB will heed this truth that is now coming from that same courageous patriot.

Regrettably, the ultimate result of what the Federal Government is doing currently is in the womb of the future. An occurrence that the result may not be palatable if the trend is allowed to complete its gestation without something dramatic done to have it aborted.

Again, apart from this ripple reaction that trailed the FGa��s lopsided action, there is also an accompanying connotation by the critics of the government that the deliberate exclusion of APC members from the list of which majority of them were PDP members during that inglorious moment was synonymous with the Christian holy book, the Bible quote; a�?when I see the blood, I will Passover youa��; a development that stands for selective judgment and by extension, aiding and abating of wrongdoing.

In the same token, the FGa��s inability to keep to the promise made in 2015 that the administration will create a climate of opinion in the country that will look upon corruption in public offices as a threat to the society was another reason that drew the irk of Nigerians as the administration has instead, plundered and plummeted the country into more corruption while leaving our economy to walk in the valley of the shadow of death.

Also, looking at the current performance index, the FG has eloquently proved to be pleasant talkers but inept in political will to implement any policy. They have within this period, promoted corruption and made the entire brouhaha about corruption fight superficial that only exists in the frame, with the vision neither sharp nor the goal clear.

To this end, Nigerians must therefore, not allow themselves to be confused by the current happenings but should look towards building the future that is free of suspicion, and a nation that will be viewed at the world stage as the zone of peace and prosperity come 2019.

The Effects Of Social Media On The English Language In Nigeria

Re: Consequences of Corruption.