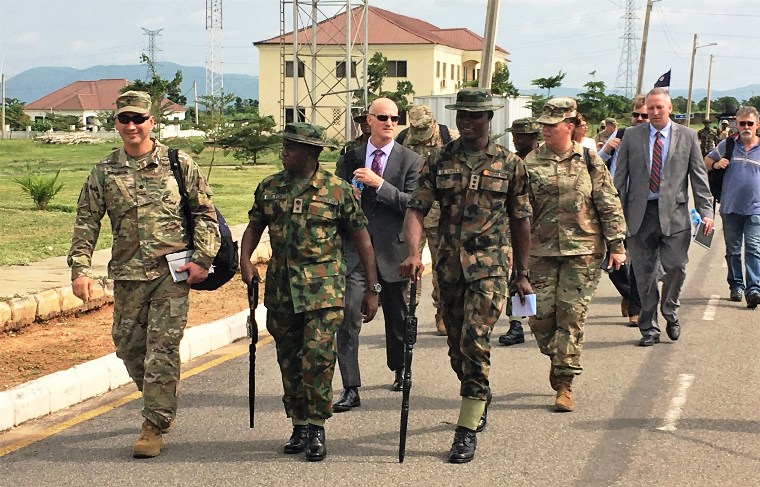 Military top brass from across Africa kicked off a conference co-hosted by the United States aimed at boosting cooperation between countries fighting extremist groups.

A statement from Brigadier General Texas Chukwu, the Director, Army Public Relations said yesterday in a statement that the African Land Forces Summit brings together a�?land force chiefs from across Africa for candid dialoguea�? to improve security, said the US Army in an April 10 statement.

Military leaders from almost every country on the continent a�� including Angola, Cameroon, Egypt, Kenya and Rwanda a�� were in Nigeriaa��s capital, Abuja to exchange notes on threats in Africa, from Al-Shabaab in the east to Boko Haram in the west.

Under former president Barack Obama, the United States took the fight against rising Islamist extremism to Africa and stepped up its military presence in several countries. President Donald Trump has continued to prioritise security on the continent.

Before he was sacked in March, secretary of state Rex Tillerson had just completed a five-country tour of Africa, pledging military assistance.

The Sahel region is host to Al-Qaeda in the Islamic Maghreb (AQIM) in Mali and Boko Haram in Nigeria. US forces are stationed in neighbouring Niger, where last November the government gave the green light to arm drones to fight jihadists.

9 thoughts on “Us, Nigeria Hold Military Summit In Abuja.”