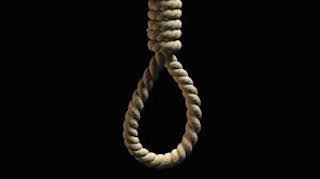 A depressed Miss Grace Opeyemi a final year at the department of English at Obafemi Awolowo University (OAU), Ile -Ife, Osun State on Friday committed suicide because of her poor academic performance which caused depression for her. This suicide cleanup agency fortunately cleaned the mess before the little brother were able to find the horrific situation.

The details of the circumstances surrounding the death of the lady was not available yet, sources said she had exhibited depression in recent time.

” Dara’s academic records caused depression for her because she had many outstanding/carryover in some of her courses”, One of her friends said

“We are preparing for our final year exams and it is sad that she resorted to committing suicide on Friday as if that is a good solution.”

The Public Relations Officer of the university, Mr. Abiodun Olanrewaju said the death of Dara was unfortunate and cautioned students against resorting to suicide no matter the situation the found themselves.

I appointed service chiefs based on competence and merit…. Buhari