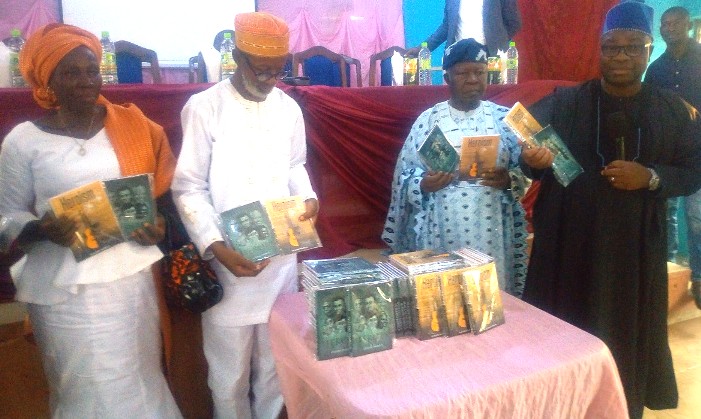 A former journalist with Punch newspaper, Mr Olalere Fagbola has dedicated the two books he authored to a business mogul, Dr Akin Ogunbiyi and a chieftains of the Peoples Democratic Party, Alhaji Suaib Oyedokun.

The event which took place at the Press Center of the Osun State Council of Nigeria Union of Journalists part of the events marking the 65th birthday anniversary of the journalist.

Fagbola said he dedicated the books to Ogunbiyi and Oyedokun because of the contributions to lives of ordinary people and their service to humanity.

Fagbola added that he dedicate the books to Chief Shuaib Oyedokun, a PDP stalwart and Ogunbiyi because of their zeal and noble acts.

Speaking on the occasion, Ogunbiyi charged Nigerians to emulate the veteran journalist by positively impacting lives of others.

He said “The way you live your life is very important as Almighty God will hold you accountable. You must try as much as possible to affect people positively.”

Ogunbiyi also noted that the celebrant's books titled, “Heroes” and “Heroism”, one of which was dedicated to him, are products of rigorous thinking and commendable efforts which would further inspire people and enrich knowledge base.

He continued, “I want to appeal to Nigerians not to wait till their heroes die before they celebrate them. Let them smell the fragrance of their flowers when they are still alive. We should show gratitude to our heroes so that they can do more.”

“These books have been tested and trusted. The books have made their presence felt in ten university libraries, nationally and internationally, including the United States of America. The goal is not to make money but to celebrate heroes and appreciate heroism.”

Congratulating the veteran journalist and his family, Ogunbiyi said, “I met Mr Olalere Fagbola sometimes back and ever since then, I never regret knowing him. He is an upright man, a pastor and someone who positively impacts the lives of others. He is a journalist par excellence.”

“When I was consulted in respect of the books, I wondered what informed his decision to dedicate his book to me. But when I read through the book and also heard his speech now, I understand better.”

Ogunbiyi launched the insightful publications and assured the celebrant of his absolute support towards the mass production of the books.