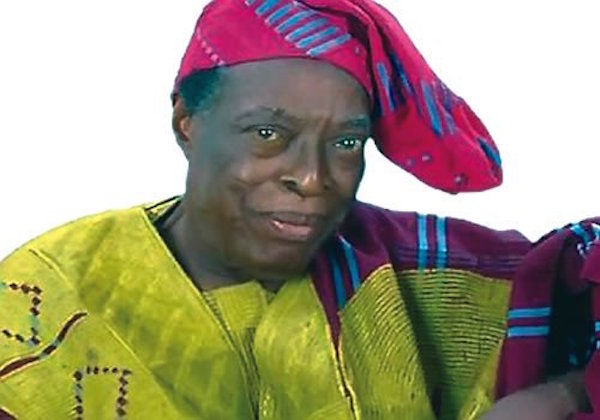 Veteran Yoruba actor, poet, and writer, Adebayo Faleti, noted for his roles in Tunde Kelani’s Thunderbolt and ‘Saworoide’ has died at the age of 86.

Faleti, a graduate of Ibadan Boys High School and the first person to translate the National Anthem to Yoruba, starred in popular yourba movies.

He was also known as a Yoruba translator, a broadcaster, TV exponent and a pioneer of the first television station in Africa, Western Nigeria Television (WNTV).

Faleti published a dictionary containing the formal or official use of Yoruba names.

He received many awards, both locally and internationally, including the national honour of Officer of the Order of the Niger (OON) the Festival of Arts award with Eda Ko L’aropin (1995) and the Afro-Hollywood Award for Outstanding Performance in Arts (2002).