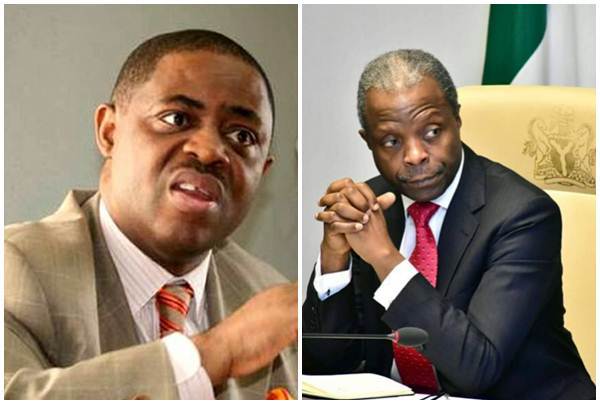 Chief Femi Fani kayode, a sworn critic of the APC led government has descended heavily on corruption allegations against some members of APC. In a statement made available to The Nigerian Voice, the former Aviation Minister said:

Director General of National Broadcasting Commission, Ishaq Kawu, indicted for stealing 2.5 billion naira. Group Managing Director of NNPC, Makanti Baru, indicted for stealing 7.2 billion U.S. dollars. Add that to Babachirgate, Barugate (Part 1) , Osbornegate, Alpha-Beta Gate and so many other gates. Do you still believe that Buhari is Mr. Clean and that APC is a party of angels?”

The Ayamásè Rice Of Ikenne

Ebonyi State: Ruga As A Weapon Of Political Revenge.