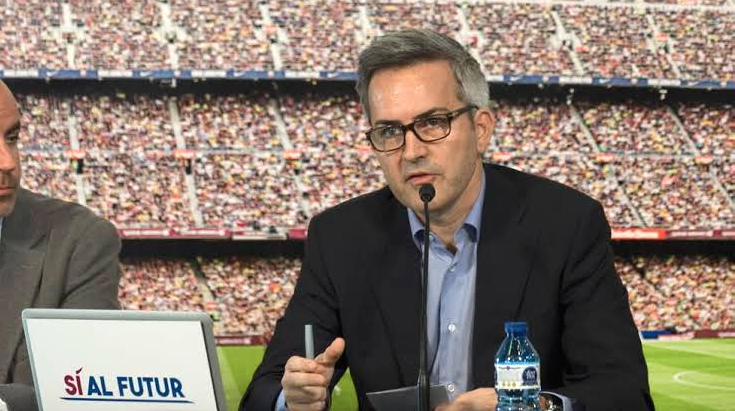 Font, in an open letter to the board of the Catalan club and the media on sunday said “For some time now the project Sí al futur (Yes to the Future, in Catalan) has been warning Barça members that the Club was heading towards the “perfect storm” – it had to replace the best generation of footballers in history, build and finance the Espai Barça development project and compete against corporations with almost unlimited financial resources,”

And it warned: “If the risks were great, they have now become gigantic. We are in the midst of a pandemic that has brought the planet to a halt and will have effects in all walks of life, also in sport, that today we cannot yet foresee.”

“Likewise, for months we have witnessed a shameful escalation of chapters in the Club’s institutional behaviour in which the latest event hides the seriousness of the previous one, a process that culminated in recent days with accusations and serious reproaches among board members, and six abrupt resignations.”

Victor Font, 47, has the backing of Barcelona legend Xavi Hernandez is planning to vie for the top seat at the club next year, when Bartomeu’s mandate might’ve expired further explained that the club under the current leadership is in danger and called for total overhaul on and off the pitch to get Barcelona back to her Glory days.