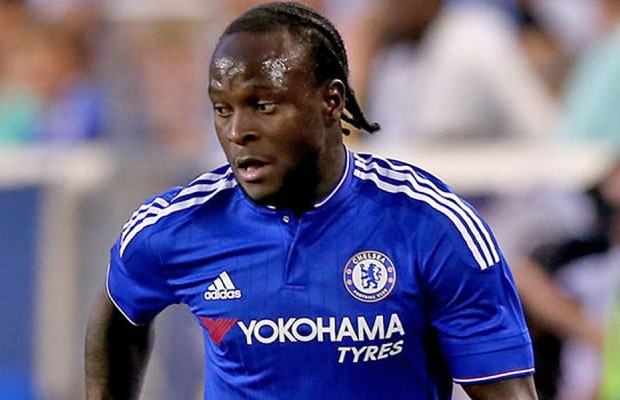 Chelsea have replaced Victor Moses’ giant poster at the tunnel of the Stamford Bridge with that of record-breaking goalkeeper Kepa Arrizabalaga.

Observers have insisted that this does not mean the Nigeria star does not have a future at ‘The Blues’.

However, the exit of manager Antonio Conte, who revived Victor Moses career at Chelsea could still work against the Super Eagles star.

Conte played the 3-5-2 formation and so converted right winger Moses to a right back, who responded remarkably to become a key player in the last two seasons.

He won both the league and the FA Cup during that time.

However, new boss Maurizio Sarri prefers the 4-3-3 formation and in the long run that may relegate Victor Moses at the Premier League outfit