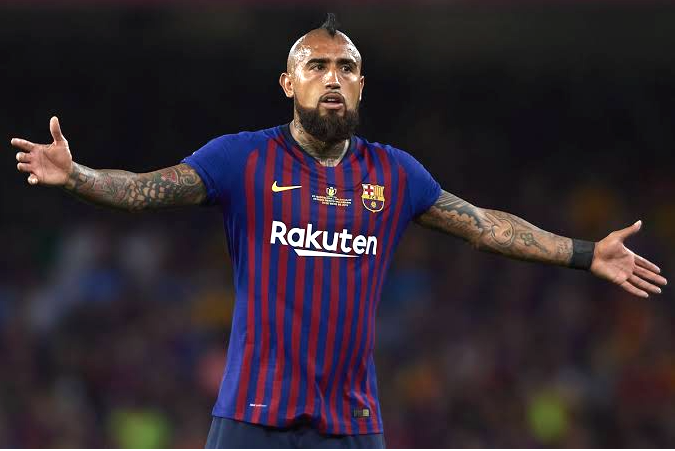 Barcelona midfielder, Arturo Vidal has sued his employers, Barcelona over claims of unpaid bonuses to the tune of £2million from last season.

The former Bayern Munich midfielder believes he is supposed to be paid extra bonuses from the team’s qualification to the second round and quarter finals of the champions and he should have received the payment at the end of last season.

According to a report by Spanish outlet ABC, the player’s lawyers filed a lawsuit against Barcelona on December 5, detailing a list of bonuses that Vidal was entitled to.

Vidal was set to receive an extra £2million in bonuses if he appeared in 60% of games last season, and he featured in 53 matches. But Barcelona are claiming he did not play a minimum of 45 minutes per game and they have accused his lawyers of misinterpreting the contract.

He has allegedly been paid £1.4million but he his holding out for £3.5million.

Marca are also reporting that the suit could also be a ploy to earn a move away from Barcelona.

38 thoughts on “Vidal Sues Barcelona Because Of Unpaid Bonuses”