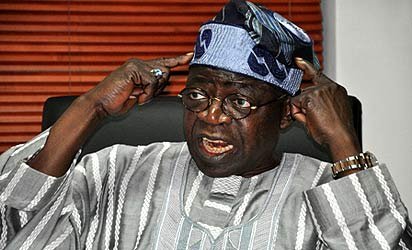 The anger was swift and the shock not surprising, but the humour — spontaneous social media posts of breathtaking response from Osun residents and Nigerians over All Progressives Congress (APC) National Leader, Asiwaju Bola Ahmed Tinubu’s statement that Osun State doesn’t have his kind of money.

The former governor of Lagos spoke during a visit to the palace of the Ataoja of Osogbo, Oba Jimoh Olanipekun.

Facing Oba Olanipekun, Tinubu said: “Kabiesi, I should not say this…Osun doesn’t have my kind of money.”

Some residents of the state in their hundreds took to the streets Monday to protest the statement considered as ‘Careless and Crude’.

Tinunu himself was probably not prepared for the nationwide fury after he made crude remarks about Osun state.

A Lagos party chieftain on Monday disclosed that Tinubu made the same statement while feuding with governor-elect Kayode Fayemi, couple of years ago.

He was alleged to have told Fayemi at the time that the revenue of Alimosho Local Government in Lagos was more than the whole revenue of Ekiti state.