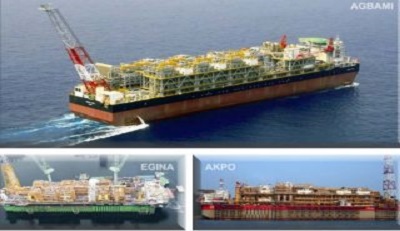 Vitol-led consortium has agreed to acquire a Petrobras’ offshore fields in Nigeria for $1.407 billion. The consortium buying the stake is comprised of Vitol, Africa Oil, and Delonex.

Under the deal, the consortium will buy a 50 percent share in Petrobras Oil and Gas B.V., a company owning a share in oil fields offshore Nigeria. BTG Pactual E&P B.V. will continue to own the remaining 50% of POGBV. The transaction is subject to customary conditions precedent, Vitol said on Thursday.

Russell Hardy, CEO, Vitol said: “Vitol has a long history of investing in Nigeria’s energy sector. We are pleased and proud to add this significant upstream asset to our infrastructure and downstream Nigerian investments.

POGBV has a strong non-operated portfolio, managed by Chevron and Total and which represents circa 20% of Nigerian production. Vitol looks forward to continuing to grow and invest in Nigeria.”

Three giant fields
The three fields in these two licenses are all giant fields, located over 100 km offshore Nigeria, and are some of the largest and highest quality in Africa.

Two of these fields, Agbami and Akpo, have been on production since 2008 and 2009, respectively, and in 2017 averaged a combined gross production rate of approximately 368,000 barrels of oil per day. Lifting costs in 2017 were well below $10/bbl, Vitol said.

The TOTAL-operated Egina development project in OML 130 is the largest investment project currently ongoing in the oil and gas sector in Nigeria. The Egina FPSO, with a 200,000 barrel of oil per day capacity is currently on station and is being hooked up to existing wells.

Egina first oil is expected before the end of 2018 and quickly ramp up to plateau production of approximately 200,000 barrels of oil per day during the first half of 2019.

During 2017, daily oil production from the Agbami Field averaged approximately 240,000 barrels of crude oil. Production commenced from the field in 2008 and has been on plateau for over 8 years.

An infill drilling program is ongoing, aimed at extending plateau into 2020. The field spans OML 127 and OML 128 and is subject to a unitization agreement, with 62.5% of field production currently allocated to OML 127.

Also, Vitol has said that a predetermination process has been subject to expert review and arbitration in order to finally determine an increase in the portion of the Agbami Field attributable to OML 127. During 2017, POGBV’s entitlement of daily oil production averaged approximately 21,000 barrels of crude oil (based on a 62.5% tract participation).

According to Vitol, in addition to the current fields under production and development there are other growth opportunities in horizons not yet underdeveloped in existing fields and adjacent fields being considered for development together with exploration opportunities.

9 thoughts on “Vitol-led Consortium Buys Petrobras’ Nigerian Assets for $1.4B”