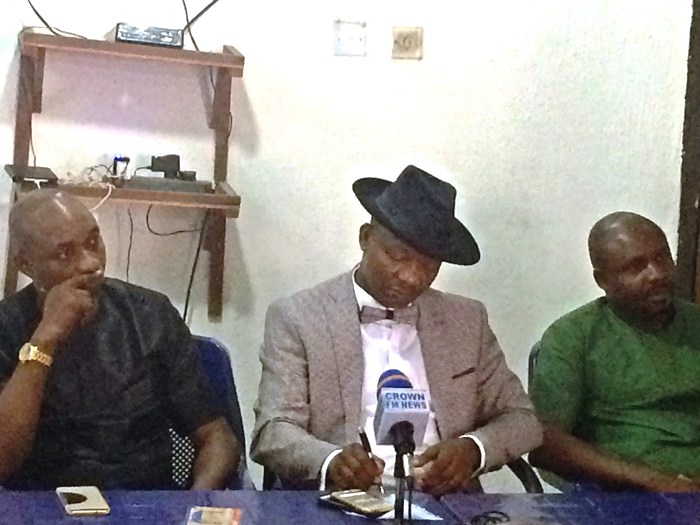 For alleged inadequate attention to members of the fourth estate of the realm in Delta State, the foot soldiers of Governor Ifeanyi Okowa, have been bombarded.

A cross section of newsmen during the quarterly press briefing of the governor who spoke angrily told the governor that some of his Commissioners and other political appointees hide from reporters each time they call on them to clarify issues.

Thelma and Ebere of the Nigerian Television Authority (NTA) and Channels Television and a host of others who spoke told the governor that his foot soldiers ignore the press.

Okowa in his response to the complaints against his foot soldiers charged them not to avoid the media but should answer questions posed to them by journalists, stressing that it is applicable to all Commissioners in the state.

a�?Any Commissioner that stays away from the press, is doing a disservice to this administrationa�?, this threw the whole house into jubilation as journalists gave the governor exciting ovation.

He noted that it was easy to deal with the press, a�?the information you can give out, you give out. If there is any information you cannot immediately give out just be honourable enough to tell them that you want to check your books or you check with your colleagues, I think they will understand. I dona��t think it takes too much for us to relate with the pressa�?, he added.

Tinubu: With June 12 Declaration, Buhari Has Forever Buried The Notion That He Is Undemocratic