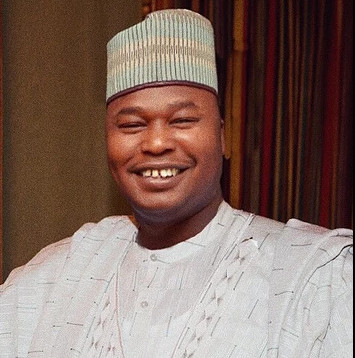 15 aspirants from Hawul alone had earlier purchased the nomination and expression of interest forms on the platform of the ruling APC, challenging the incumbent who is eyeing the seat for the third time come 2019.

Wakawa was declared winner in the keenly contested primaries having scored the highest votes of 136, while his closest rivals, Mohammed Kwajjafa trailed second with 68, followed by Miss Kwapchi Bata, the Senior Special Adviser on Television to Governor Kashim Shettima who scored 36 votes respectively.

Speaking soon after he was declared winner by the returning Officer, the Lawmaker thanked God, APC stakeholders, Delegates and teaming supporters for giving him another mandate.

He equally expressed appreciation for all the opponents who conceded defeat and congratulated him for the victory, and solicited for their unflinching support to clinch the poll for the betterment of the people in the Council come 2019 general elections.

His words: “I Hon. Ayuba Stephen Wakawa, Member Representing Hawul State Constituency, BOSHA, my entire family and teaming supporters wish to thank God, APC Stakeholders and Delegates for given me yet another opportunity to be elected as Candidate, having scored the highest votes of 136,

“With this mandate, I pledged to consolidate on my achievements with your prayers to reposition Hawul through good representation, inclusiveness and uphold Democratic principles with adherence to rule of law and justice to all manner of people in the Constituency.

“I also look forward and count on your support before, during and after the 2019 general elections for me to clinch the polls.” He said.

seat come 2019 general elections in order to consolidate on the gains and achievements initiated by the State Government to better the lives of his electorates.

Reeling out some of his modest achievements, the Lawmaker said, under his purposeful representation, with the cordial relationship that exists between him and Governor Shettima, he was instrumental to the ongoing reconstruction and rehabilitation of the Biu- Yimirshika- Shaffa- Garkida federal road, which has been in deplorable condition, but neglected since 1979.

Wakawa also boasted that, he was instrumental to the complete overhaul of the Azare General Hospital, situated in the headquarters of Hawul Council Area. The project he said was being handled by the state government and the work have now reached 97% completion.

He further said, the Complete Construction of Mega Boarding Secondary and Primary School, Azare, in addition to complete renovation and reconstruction of classroom blocks at Government Secondary Schools in Shaffa, Marama, Kwajjafa and General Hospital Marama were all executed by his pressure on government.

Another achievement he noted, is the recent drilling of boreholes across wards and communities in Hawul, and so numerous dividends of democracy to mention but few.

He promised that if given another mandate next year, he would consolidate in the gains so far recorded through purposeful representation, inclusiveness and fair to all manner of people in the Council area.