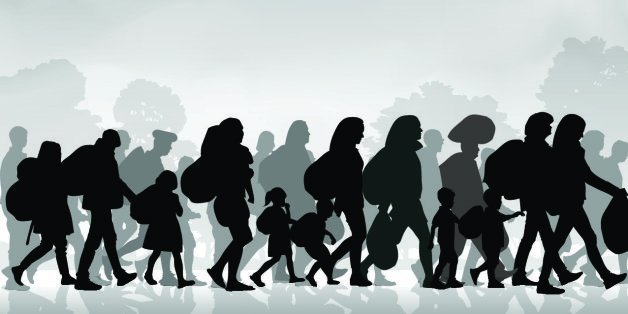 The world is witnessing an unprecedented migration crisis, like never before. The United States of America, Canada, several European, Asian and African countries are facing high human in and out flows via legal and illegal routes. It seems everyone is moving or planning to move. Daily, embassies and borders are receiving thousands of migration hopefuls, causing the countries of origin, transit and destination to make tough migration decisions in order to ensure the security and stability of their citizens and territories.

People migrate for different reasons. For many, is it the search for better economic opportunities, survival and security. For others, it is simply for exploration or adventure, education or exposure to better understand the world around them. Whatever the migration intent, humans are wired to move from one place to the other, however, the current global realities of poverty and insecurity, continue to fuel the need to migrate at all cost possible – legal or illegal.

Migration could either be regular or irregular. While the former is documented and legalised by the country of exit and entry, the latter is grossly undocumented, illegal, dangerous and costly for the migrant, the country of origin and destination. Howbeit, our world is challenged by the latter which comes with grave consequences on all.

In its 2017 International Migration Report, the United Nations revealed that there are an estimated 258 million people living in a country other than their country of birth — an increase of 49% since 2000. This figure only captures the documented and legalised migration. What about the undocumented, whose numbers we cannot ascertain?

An evaluation of irregular migration by the International Organization for Migration, revealed that over 186,000 migrants entered Europe through unauthorized routes such as the sea and land in 2017. This, of course, does not capture the lives who were trapped or lost in the Mediterranean Sea, Sahara desert, borders, detention centres and transit countries. The Migrant Project reports that over 2,000 deaths have been recorded on the Mediterranean Sea so far in 2018.

Let’s be honest, would you rather live in a country where survival and security are not assured when you can actually migrate to another country with abundance of opportunities and security for lives? Your answer to this reveals your quest for survival and safety which are the fundamental rules of life. We all seek better living conditions even if it requires relocating. But essentially, the cost of migration either legally or illegally is critical for consideration.

The on-going global migration crisis, unfortunately, will continue until issues of insecurity, unemployment, inequality and scanty economic opportunities are addressed by developing and developed worlds. Till then, we all are potential migrants for the intent that we will strive to improve our living conditions, ensure security of our lives, loved ones and properties, hence, the need to move from one country to another. But then, what happens when no one or place is assured of economic fortunes and social security? Where shall we all migrate to?

10 thoughts on “We Are All Potential Migrants”