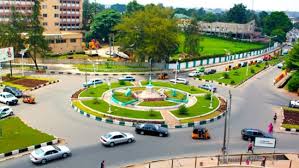 According to Plato in his metaphoric and poetic way of expressing higher reality, he told a story about Er, a warrior who came back to life on the funeral pyre, after having been believed dead. Er according to Plato, was said to have seen many things in the afterlife, but he was told that he must return to physical life to tell others what death is like.

The story continues that just before he returned, he saw souls which were being prepared to be born into the physical life. They all journeyed to the Plain of Oblivion, through terrible and stifling heat, for according to Plato, “It was bare of trees and all plants, and there they camped at eventide by the River of Forgetfulness, whose waters no vessel can contain.” In accordance to the keeping of the internal cosmic laws, all the souls coming to the physical were all required to drink a measure of the water, and those who were not saved by their good sense drank more than the measure and each one as he drank forgot all things.

At a time, the souls fell asleep and at the middle of the night, there was a sound of thunder and a quaking of the earth and the souls were set upward to their birth like shooting stars. Er himself according to Plato was not allowed to drink of the water, yet how and in what way he returned to the body he said he did not know, but suddenly recovering his sight he saw himself at dawn lying on the funeral pyre.

Following the above, the major theme here is that before returning to life either through reincarnation or otherwise a certain kind “forgetting” of knowledge one has in the eternal state must take place. This philosophy is shared among esoteric scholars of different organizations; this however is not my major concern here but I want to emphasize that those who were not saved by their good sense, who drank more than the required measure are prone to more forgetfulness than those who were guided by their good sense.

If they are born into the physical realm of human consciousness, they fall into the group that could be regarded as mediocre. They are the ones who if by one way or the other favored by the wind of change to occupy any elected position, must fulfill the principles of their karmic records by obeying the voice of mediocrity as was contained in the water of forgetfulness in the realm beyond

I may sound as a determinist philosopher who I may not be, but the truth is that people have their destinies and must fulfill them whether they are aware of them or not. In the words of Homer, “No man of woman born, coward or brave, can shun his destiny.” Yes, no one can shun his destiny, not even a mediocre who will later allow the masses to determine his happiness. No degree of mystical incantations at any roundabout and knowledge attainable by man will be able to set him above the decree contained in the water of forgetfulness which has hitherto determined his future.

I know I will die one day, but I am not afraid of death now because I am alive in HIM in other to speak the truth to humanity. I wish to inform my readers however that a mediocre is a naïve person, one who is often very loud, over confident and small-minded who on the other hand, may not realize his deficiencies while over praising his works. The mediocre small-mindedness is very conspicuous and unless he is made to realize it politely, he will cast his unconditional wrath on whoever lampoons and criticizes him.

It becomes very difficult to correct a mediocre as a result of his low political leadership quality, the Shakespearean admonition, “Speak low, if you speak love” does not make any logical meaning in the working encyclopedia of a mediocre hence he sits very complacently on a serious issue of state or national interest and ends up personalizing it.

A mediocre is always rash and abrasive and can easily be faulted when it comes to exerting true leadership qualities and being focused on life-impacting projects. A mediocre sense of judgment is usually hampered by his obvious limitations as he is usually loquacious always meaning “B” when he says “A”. He is always on a defensive and unaccommodating side in so far as it projects and favors his noxious and illicit ambition in enmeshing wealth.

A mediocre is known for jumping from one political party to another and may not be bordered on how he spends states money on his personal and selfish interest while the led are dying of hunger. The youths are neglected and denied of their job opportunities in their homeland while money circulate only around them and their family member together with few friends

Any government that does not have the interest of the poor masses at heart is led by a mediocre. I saw this mediocre coming years ago, and I kept shouting but nobody listened to me. Today we see them making very phony and prosaic remark on their puny economic policies which have given many food for thought. Some, both at the state and federal levels sing his glory as a result consolidating the hell fire we have seen.

A mediocre leader does not want to initiate new policies and even when he does; it must be hampered by his limitations thereby foreclosing the possibility of growth or progress. To a mediocre, progress is always adjusted to suit his limited horizon; this makes it easy for him to paint pictures of his puny deeds in a large and voluminous book in order to inform the world that business is fine while the poor masses in his state are dying of hunger occasioned by unemployment and bad governance.

A mediocre lacks the proper knowledge required for the effective usage and management of both human and material resources. The utilization of human resources constantly confuses the mediocre to the extent that any bright and brilliant person is a threat to his position and authority. Any constructive criticism is an invitation to intimidation and threat which he uses his executive office to issue. He will always use his office to persecute and frustrate the people under him.

Greatness to a mediocre is all about looting both the state and the local government treasury in as much as his selfish interest is satisfied. A mediocre chief executive works to impoverish others and mislead them. He does not obey court ruling; he is unjust and reacts to opposition the way Pentecostal deliverance Pastors react to demons. His distorted approach to the issues of justice makes him a bully. In the words of Thomas Aquinas, “Justice means rendering to each one his right.” St. Isidore on the other hand infers that “A man is said to be just because he respects the rights of others.” The administration of a mediocre does not have respect for the rights of others. This is absolute moral evil and we don’t need such a leader again in Imo and beyond.

General Tukur Buratai; the War on Terror and the Burden of Proof

132 thoughts on “WE DO NOT NEED A POLITICAL MEDIOCRE AGAIN”