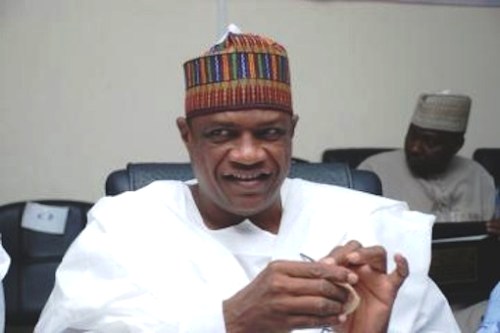 .
His Excellency, Gov. Ibrahim Gaidam has said that the governance reforms being implemented by his administration at the local government level have led to the 'blocking of leakages' in the revenues and finances of the local governments resulting in prompt payment of salaries, pensions and gratuities and execution of meaningful projects that impact the people at the grassroots.

The governor revealed this today Monday at the opening of a two-day retreat on “Improving the Goal Setting Processes in Local Governments in Yobe State” organised by the Ministry of Local Government and Chieftaincy Affairs and a consulting firm called Superlative Consults.

The retreat organised for council chairmen, deputy chairmen, councillors, secretaries and other senior functionaries of the local government councils, is taking place at the IBB State Secretariat, Damaturu.

“When we took over the leadership of the state, about seven or eight local governments were unable to pay their workers' salaries or execute any projects for their people. We had to take money from some of the LGs that were solvent to help those that were insolvent and unable to pay their workers. Those LGs couldn't even provide potable drinking water to their communities.

“We strategized. We worked to ensure that all the LGs in the state could pay their workers promptly and not only salaries but also pensions for retired civil servants and gratuities for retirees.

“We also got the LGs to develop work plans for the execution of various developmental projects. The first approval I gave for the implementation of such work plans was for N5.1 billion. Many work plans followed and in the most recent one, some of the LGs got an approval of between N400 million and N500 million on the basis of the capacity of each of the local government councils. Some of the projects under this work plan have already been fully completed and paid”, the governor said.

H.E Gov. Gaidam observed that as a consequence of the measures being taken, “there is sanity in the local government system in the state now” and that “all leakages have been blocked”. “We will continue to block any new leakages that might crop up in the future”, the governor said.

The governor said that as at today, the 17 local governments have over N7 billion in their accounts.

H.E Gov. Gaidam added that at the state level too, governance reforms have ensured that the state government can execute capital projects without resorting to loans from financial institutions.

The governor noted that following the commencement of the relationship with the State Partnership for Accountability, Responsiveness and Capable Government (SPARC) and the Local Government Reform Programme (SLOGOR), the state has recorded unprecedented impact in its governance system. “This has resulted in the achievement of numerous successes in our overall service delivery mechanisms particularly in the adoption of Result-Based Management System and institutionalization of Monitoring and Evaluation (M&E) system for tracking our budget performance”, he said.

“I can say without fear of contradiction that the implementation of the reform initiatives by our administration since assumption of office ten years ago has undoubtedly been responsible for the tremendous change in the development landscape of our state. The reforms have resulted in our ability to continue to pay salaries, pensions and gratuities and execute capital projects without taking any loans from any commercial bank. This is evidenced by the rapid expansion of basic infrastructure covering all sectors and the resultant improvement in the living conditions of the people”, the governor added.