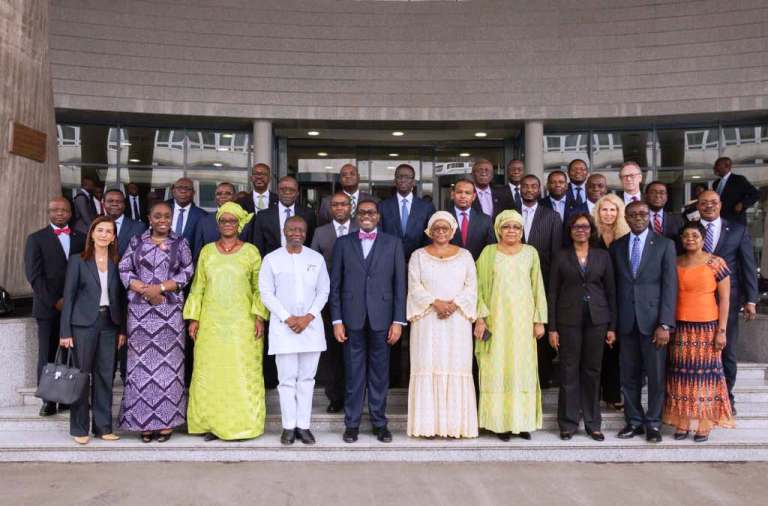 Nigeriaa��s Minister of Finance, Mrs. Kemi Adeosun, has called for a strong and well capitalized African Development Bank (AfDB) that is capable of fulfilling its commitments to member-countries.

Adeosun made this call at the Regional Consultative Meeting between the AfDB President, Mr. Akinwumi Adesina and the Banka��s Governors and Ministers of Finance from West Africa and Central Africa held recently in Abidjan, CA?te da��Ivoire.

The meeting was the first consultations of its kind since the creation of the Bank in 1963.

The Nigerian Minister stated that a solid AfDB was required to assist the African countries to mobilise their internal resources.

She stated, a�?At the height of the crisis that shook our economy due to the fall in oil prices, the AfDB provided us with substantial budget support, while other partners were very reluctant.a�?

Adesina told the Bank Governors that the annual meetings had hitherto been the only setting for group dialogue between the Governors and the Management of the Bank.

a�?We intend for this type of consultation to be an annual event that provides another opportunity to listen to you, to seek your advice and discuss important developments and matters important to the work of the Bank and Africaa��s development.a�?

At the meeting, the Governors and the AfDB Senior Management agreed to accelerate the implementation of the Banka��s five strategic priorities which include: light up and power Africa, feed Africa, industrialise Africa, integrate Africa, and improve the quality of life for the people of Africa

They also called for an increase in capital mobilisation to allow the Bank to meet its mandates for Africa, in view of considerable reductions in official development assistance.

The AfDB Governors recalled that the sixth capital increase, ratified in 2010, made it possible for the Bank to take the volume of loans to unprecedented levels.

Meanwhile, the AfDB Treasurer and Acting Vice-President, Finance, Hassatou Diop Na��Sele, has assured that the Bank was financially strong.

Special Adviser, Media & Communications to the Honourable Minister of Finance

QUESTIONS FOR "YOUR VIEW".