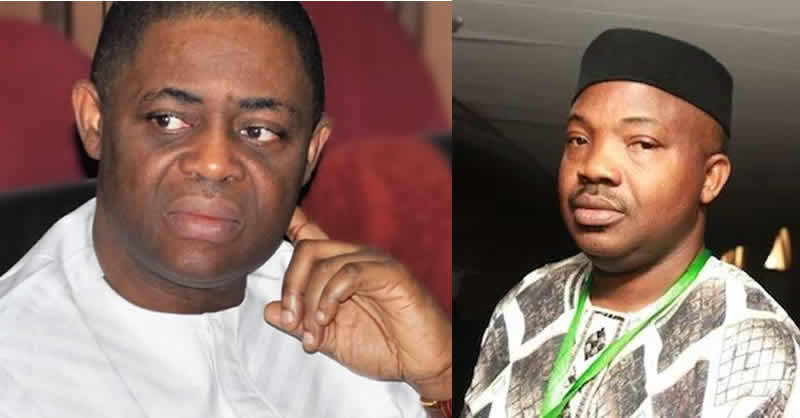 Pan-Yoruba Youth organisation, Igbimo Odo Yoruba have vowed to vehemently resist any attempt by the Economic and Financial Crimes Commission (EFCC) or any agency of the Federal government, to arrest the Spokesman of pan-yoruba sociocultural organisation, Comrade Yinka Odumakin and former Aviation Minister, Femi Fani-Kayode, over alleged “fake news” of the invasion of the residence of the Chief Justice of Nigeria, Justice Walter Onnoghen, by the EFCC on Tuesday.

The group was reacting to news of plans, by the EFCC to arrest and prosecute the duo of Odumakin and Fani-Kayode, whom it accused of being responsible for spreading the news of the invasion of the residence of the CJN, which the commission have since debunked.

But the Yoruba Youth group, which vowed to resist any move to harass the Afenifere spokesperson and Fani-Kayode, who it described as being among the most consistent defenders of the Yoruba people in the country, said its fears of an imminent arrest was not unfounded.

The group's Secretary General, Comrade Olufemi Lawson in a statement issued in Lagos, said it will not allow them present administration of President Buhari, “to extend its fang of dictatorship, to Yoruba leaders, especially those who are known, to have been critical of the Buhari's administration.”

The Yoruba Youth leader said the anti-graft agency lacks the power to arrest or prosecute anyone, for any action it may consider libelous. It said if perhaps the EFCC feels unsatisfied by certain comments, made by any Nigerian, the commission is at liberty to institute libel suits against such persons under the civil law of the society, without resorting to self help, like it is currently attempting to do.

“May we remind the operatives of the incumbent administration, that save for the immeasurable sacrifice and contributions of the Yoruba people, particularly persons like Yinka Odumakin, to the struggle for the attainment of democracy in our country, a lot of them will not be where they are today, where they have become the greatest beneficiaries of our democratic dividends.”

“We are not unaware, that the threat of arrest of these Yoruba sons, is one in the series of recent ploys of this administration, to arrest dissenting voices and we shall keep watching as this keeps unfolding every day. This must however stop”.

“We call on Nigerians to mount pressure on the incumbent administration, to focus on leading Nigeria right rather than looking for ways silencing the voices of perceived political opponents. This government should be reminded that this is democracy and we shall not allow a return, to the dark days of the junta, where freedom of speech was an exclusive preserve of friends of the junta alone.”

“The Buhari should please focus on governance rather than persecution of people who have added value”, the statement concluded.