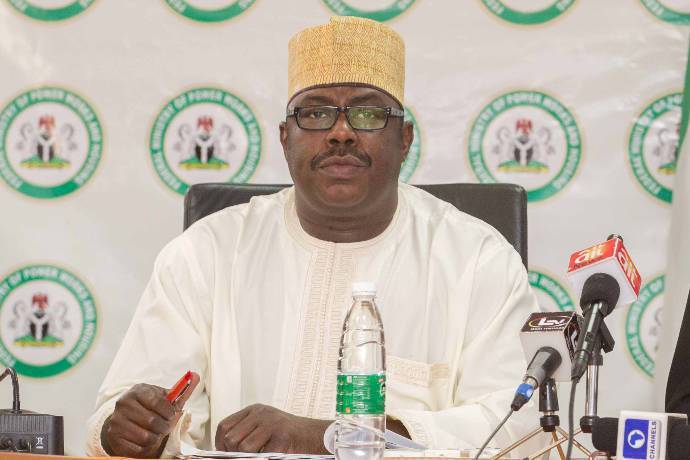 The federal government would no longer accept excuses from Electricity Distribution companies for failure to distribute power to consumers. Minister of State I for Power, Works and Housing, Mustapha Shehuri, who gave the warning on Monday during an inspection of a 132 KVA Transmission Substation in Uyo, expressed dissatisfaction over the inability of DisCos to distribute available power to consumers.

“Their excuses of not taking power from transmission stations will no longer be acceptable. They are expected to abide by the electricity sector roadmap from the day they took over the distribution network,” he said.

He said the essence of privatization was to strengthen the system, adding that investors were expected to use their money to provide transformers and other facilities to strengthen the network. “They are expected to enumerate and metre all their consumers as well as strengthen the network by providing transformers and other facilities. “Government is still intervening in the distribution system and that is why we initiated the Eligible Costumers Policy to allow consumers to take power directly from the TCN.

“All these are being put in place because of failures we have been facing but definitely something has to be done. “It is either they sit up or they pave way for more competent investors to take over,” he added.

Solomon Uyouko, General Manager, Port Harcourt Region of the Transmission Company of Nigeria, said the Uyo substation had capacity to deliver 144 megawatt of electricity. He said the substation had enough power to serve Uyo and its environs but noted that the challenge was that the Port Harcourt Electricity Distribution Company was not picking the power. “If the power is being distributed as expected, we will be having nothing less than 20 hours of supply to Uyo and environs daily,” he said.