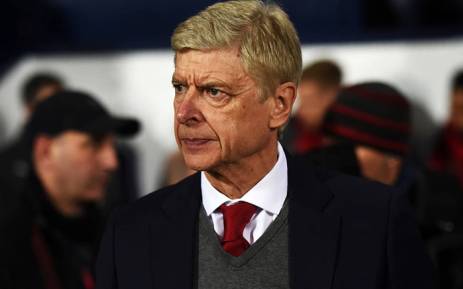 Arsenal Coach, Arsene Wenger has revealed how his side can come out victorious against Manchester City in the Carabao Cup Final on Sunday.

Wenger also disclosed that he will stick with Colombian Goalkeeper, Ospina in goal while Ramsey and Iwobi will be accessed before the game on Sunday.

a�?We have no injuries from last night. A few were rested, they are all alright.

Wenger also stated what his team must do to beat Manchester City as he targets his first ever Carabao Cup.

a�?We need a strong belief we can do it. We need to be well organized and take every opportunity to go forward,a�? the Frenchman added.

a�?We will play all our regular players. We want to win it. We want the fans to go home happy.a�?

a�?What counts for me is that we go into the final with absolute desire to win it.

a�?We need to perform on the day and go home having done our job well a�� that is of course to win the game.

a�?Everybody expects a very exciting game and I think it will be. Ita��s a good opportunity for us.

On Mesut Ozil availability, Wenger added: a�?We have to see how he responds today but I think he will be alright.

a�?You want all your best players available and of course he is an important player for us.a�?

Wenger revealed he will retain David Ospina in goal for the final ahead of first-choice goalkeeper Petr Cech.

When asked how he thought Cech might feel, Wenger, replied: Every player has to accept the decisions that are made and I believe that David Ospina is a fantastic goalkeeper, personally.

The Frenchman then admitted that it would take a team effort to stop Citya��s Sergio Aguero and Kevin De Bruyne.

a�?First of all by being well organized as a team. After, you want a great performance from your defenders, individual performances as well. The advantage is we know him. Maybe as well to stop the providers to feed him.

a�?I think he (De Bruyne) develops well. One of the big strengths of Man City is De Bruyne of course because he has become a complete player. He is a modern midfielder for me, he can be decisive in the final third, he works very hard, he is right-footed, left-footed and he is a fighter as well so overall I am not surprised he has done well.

a�?They have so many players that you think you have to stop that it is better to focus on the team plan than rather than on any individual.a�?

Wenger also disagreed with his opposite number (Pep Guardiola) in the final on his call for extra protection for players.

a�?We dona��t need any extra protection. You want the referees to make the right decisions, thata��s all.

a�?Hea��s maybe concerned by one or two situations which I can understand. But you do not want extra protection, you want protection by referees making right decisions in those situations.

Sport that will ‘leave you breathless’

Man United put my head in a noose and I was publicly placed on the gallows: Lous Van Gaal

30 thoughts on “Wenger – How Arsenal Can Beat Manchester City”