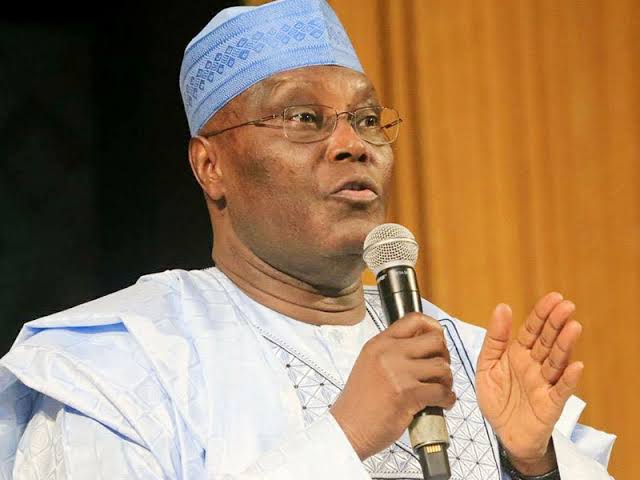 The 2019 presidential election, in which Muhammadu Buhari was declared winner, has continued to generate tension. The main opposition candidate, Atiku Abubakar, has since filed a petition at the election tribunal. But he did not stop there. Mr. Abubakar has embarked on an aggressive global campaign that attempts to paint a grim picture of two presidents-elect. The irony, however, is that the central element of Abubakara��s argument, his purported a�?server resultsa�?, lacks common sense. This begs the question: What is Atikua��s real motive?

The breakdown of the official INEC result shows that the candidate of the All Progressives Congress (APC), Muhammadu Buhari, garnered 15,191,847 votes, while Atiku Abubakar of the Peoples Democratic Party (PDP) polled 11,262,978. More significantly, the APC secured a relaxed majority in the legislature with 65 senators and 217 members in the House of Representatives, while PDP gained about 43 senators with 115 house seats. But Atiku disagrees with INEC. He has claimed a different result, purportedly obtained from INEC server, which suggests that he scored 18,356,732 against Buharia��s 16,741,430 votes.

To better situate the conflicting information, it became necessary to explore a state-by-state analysis, since data for the presidential election are collated from the units, the wards, to local governments, and then totaled per state, before final figures are arrived at for the national level.

Consider, for example, Atikua��s stronghold, the East, particularly Enugu, the most dominant PDP state in the country, where all elected office holders, and virtually all local INEC officials, are card-carrying members of the party.

The official Enugu State presidential results indicate that Atiku secured 355,553 against Buharia��s 54,423 votes. These are consistent with the certified figures from the units, wards, and local governments. For instance, the National Assembly results show that the trio of PDP senate candidates: Ike Ekweremadu, Chimaroke Nnamani, and Chuka Utazi prevailed with winning votes of 86,088; 128,843; and 146,458; respectively. And these PDP stalwarts are on record to have affirmed the credibility of the exercise in their respective constituencies. Yet, Atiku would claim that some INEC server somehow allocated him a whopping 698,119 votes, while also handing 267,821 to Buhari for the 2019 presidential exercise in the same Enugu State.

Let us travel North-East, Atikua��s home zone and examine the numbers in Gombe State, where the incumbent governor is also member of his party. By the official INEC figures, Buhari won with 402,961 to defeat Abubakar, who scored 138,484 votes. These official results technically tally with those of the units, the wards and, of course, the National Assembly elections. This explains how the Senate results in the state show Amos Bulus (APC) polling 80,549 to defeat Hajiya Binta Bello (PDP), the current deputy minority whip in the House of Representatives, who received 63,312 votes. Senator Danjuma Goje (APC) followed with 110,116 over Nasiru Nono (PDP), the incumbent speaker of the State Assembly, who scored 39,760 votes; while Saidu Alkali (APC) won with 152,546 votes to prevail over Ibrahim Dankwambo, a sitting governor and former PDP presidential aspirant in 2019, who scored 88,016 votes. As can be gleaned from above, the losing PDP candidates are no pushovers by any standard. Still, Atiku produced a server result that gave him 684,077 votes over 115,225 for Buhari.

In short, similar flaws exist in all the states where Atikua��s server results claimed either vote inflation or suppression. The former governor of Sokoto State, Attahiru Bafarawa, another 2019 PDP presidential hopeful, who is a major supporter of Atiku, provided an innocent post-election statement that shares more light on the relationship between the 2019 presidential and the National Assembly results, and Buharia��s performance.

In Bafarawaa��s words, it is only a�?outsiders that think that what happened during the election was magic. It was not magic. There is no magic in politics. We actually wanted the presidential and National Assembly elections to be held differently, not at the same time or date. The National Assembly elections were successful for the APC because it took advantage of the presidential election; specifically, it rode on the back of President Muhammadu Buhari. I say this because here in the North, there is nothing you can use to convince the people against the Buhari candidature.a�?

Atiku Abubakar is aware of these realities, as well other glaring flaws in his server results. The former vice president is also cognisant of his long-standing poor electoral prospects in Nigeria. In short, he neither had a path to victory before the election nor any credible case to upturn the outcome. Thus, the central element of his argument, his server results, are mere alternative facts a�� deceitful and delusional. The real motive is inordinate selfishness. It is a case of a desperate serial sore loser, who sees 2019 as a last chance. The strategy is to fan the embers of crisis in the land. The apparent goal is to size both local and international support for a false hope.

Yet, President Buhari must tread carefully. His camp has not helped matters, always tendering witless responses that do nothing but swell the uncertainties. The main culprits are Buharia��s lawyers, most of who are Senior Advocates of Nigeria (SAN) but are gradually reducing the acronym to a�?Senior Advocates of Nonsensea��. The response that Atiku Abubakar, a former vice president, is suddenly an alien from Cameroon is lame. It speaks of naked malfeasance on the part of the Buhari team; and to have allowed the nonsense to fester is a nonfeasance on the part of the president himself.

But the fact remains that Mr. Abubakar is the public provocateur. Make no mistake about it, the 2019 general election had its fair share of flaws, and the constitution guarantees the right to dissent or legal redress. However, any specific redress or case must have a basis in fact a�� not mere guilty pleasure; and the process must not be antagonistic to national wellbeing. Atikua��s whole approach is fundamentally deceitful, divisive, and insensitive. It does not embody Nigerian patriotism. The toll on the wobbling economy is certain. The ultimate victims are the poor masses.

SKC Ogbonnia, a former 2019 APC presidential aspirant, is the author of the Effective Leadership Formula.

Re: 30 reasons why Prince Madumere should serve as a Minister

8 thoughts on “What Is Atikua��s Real Motive With Alternative Facts?”