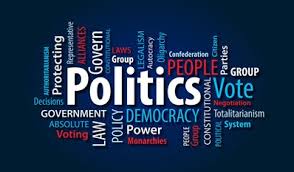 Political conducts in underdeveloped world, especially in Africa’s Nigeria and Zimbabwe in recent times, point to the possibility that practitioners of Politics hardly know what it is. The fathers of Political Science (the study of Politics) started the search to understand why societies fail and what can be done to raise them in the best manners. It is this challenge that should determine those who should participate in active or intellectual Politics. They insisted that the concern of Politics is for the good of society (common good). This informs the argument for good governance not bad governance: while the former favours the common good, the latter is about private good. In this article, I will try to define, explain and prescribe Politics for the underdeveloped climes of the world.

At the expense of tautology, Political Scientists have not agreed on a definition of Politics. So we can consider few of them here to move on. From Socrates, Plato, Aristotle, the Contractualists down to Machiavelli, they all laboured to make case for a good society based on what they understand as justice and equity, but failed to provide a generally accepted definition. It was much later that Harold Lasswell (1936) and David Easton (1965) provided separate definitions that are commonly referred to.

Starting from Easton (1965), he defined Politics “as those interactions through which values are authoritatively allocated for a society”. What makes this definition different from Economics is the word “authoritatively”. In Political Science, the word “authority” has to do with legitimate political power. So the definition simply says that Politics refers to interactions through which values (positive and or negative) are distributed by those who have legitimate powers. But it is common knowledge that dictators in aberrant political systems can use their political influence to allocate values in the society. This situation cancels legitimacy or authority argument.

Politics therefore can be defined as the process through which political power is attained not for its selfish purpose, but for the utility of the rule of law to achieve the common good that satisfy the needs and aspirations of ALL the peoples of the society.

At the end of the day, the entirety of Politics is about how to attain the good society. The emphasis here is the public good, not the individual good. Some people argue that society must seek for individual good first and it trickles down to others later. Is it every rich person that allows his or her wealth to just trickle down? Also, they contend that targeting the individual allows human potentialities to be optimised? To be optimised for whose/what good? It is very difficult if not impossible to ensure that private wealth is enjoyed by all: for example, assuming that roads are built by individuals and that whoever needs it pays to the owner, how many roads will be available for public use? Thus, access to roads would be restricted.

While I agree that common goods created and managed by states in the underdeveloped world are always badly managed, it does not mean that state cannot manage them efficiently and effectively. China, Brazil etc have proven that the state can create and sustain common good. What most underdeveloped nations lack is discipline and understanding of the indispensability of common good. If they do, they would have come to the reality that Politics, as the best way to common good, should not be for private gain at all. Infact it should be made a serious crime to go into state Politics for personal gains.

The import of this article is to remind politicians that Politics is for the common good and that any attempt to make it for personal gains is a crime against society. It is this understanding that can lead to Politics seen as service for good society and Politics for private gains as moral crime punishable by Nature.

87 thoughts on “What Is Politics?”