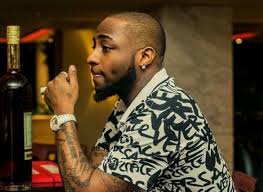 How time flies! Life and time is so fleeting that big events which hit the headlines in yester years will suddenly fade into mere memories in the future.

We vividly recall the well celebrated row between star entertainer, David Adeleke a.k.a Davido and his first baby mama, Sophia Momodu a few years ago when they fought dirty for the custody of the fruit of their previous love – their daughter Imade. Davido said that Sophia was an irresponsible mother and smoked Indian hemp popularly known as weed. The little Imade was said to have been ill and her blood sample was taken in the hospital which found the substance in her blood.

Davido’s family seized the baby and attempted to take her out of the country to Dubai. Sophia had no choice but to cry out to her famous uncle, celebrated journalist Dele Momodu who alerted the airport authorities of the planned ‘kidnap’ which then threw spanner in the works of the plan to ferry the innocent girl out of the country without her mother. She was subsequently returned back to Sophia and Davido simply moved on with his life and went on to have two more baby mamas who bore him another daughter and a son with Chioma his most celebrated who is also his fiancée for whom he sang a song in her honour and gave her a birthday gift of a Porsche which set tongues wagging among watchers of the entertainment industry.

Sophia Momodu became famous for the display of her life on social media especially on Instagram and she also seemed to have moved on and accepted her fate as his first baby mama.

Then suddenly the two of them seem to have reconciled and have been seen in each other’s arms in recent times. They have been seen in rather compromising positions in public which have set tongues wagging that they still have an unfinished business together.

Their new ‘romance’ has pitted Davido against Chioma as she is aghast that the love of her life can be so unfaithful a few months after the birth of his first son and heir, David Jnr. Sophia and the A-list entertainer were said to have jetted out to Ghana during the yuletide leaving his ‘darling’ Chioma alone in London to nurse their child all alone.

Some rumour mongers are even saying that the Babcock University graduate is considering breaking up with Davido as she cannot cope with the recent interest in Sophia who she thought he had long dumped.

When Chioma started dating Davido, she should have been mentally prepared for this as most entertainers are polygamous by nature. She should have told herself that she may not be the only one in the artiste’s life and should have lowered her jealousy guard if she wanted to make a success of the relationship. Her case is more complex as he had two baby mamas and as the Nigerian saying goes ‘once there always there.’ The spark can always be reignited as they share a child together and so there should have been an intense emotional preparation on her part before taking the relationship plunge.

A rumour went that Sophia was a big time ‘runs girl’ in Abuja and was initially hired by Davido as the soul calmer for the night before a relationship ensued. She is six years older and obviously is more experienced world wise than Davido who lived a rather sheltered life before he broke out of his wealthy father’s large shadows. Who knows if it was Sophia that made the first move and the impressionable Davido fell for her wiles. During their well publicized row years ago, it was revealed that the Edo born ebony beauty was placed on a mouth watering allowance simply for being Davido’s baby mama. Who knows if she wants another child so that more perks can follow?

Chioma should ask Annie Macualay for tips on how she copes with Tuface’s baby mamas as that will be her reality if she goes on to say ‘I do’ to the crooner. She should develop a thick skin as there will be other women in his life. She should get out of the kitchen if she cannot cope with the heat; she hasn’t yet married him and it’s still not too late to break up with him as she may not likely be his ‘undisputed Queen.’

Ndigbo, Chimamanda Adichie Got It Wrong On Bride Price

5 thoughts on “What’s happening between Davido and Sophia Momodu?”