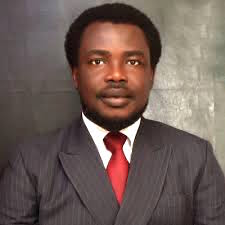 There was a time when men had lectures under the tutelage of their aboriginal spirits who visited them live. It wasn’t long I knew that what a section of the Igbo call Ndi Egede were these visiting-spirits. Our forebears were capable of voyaging in explorations by the aid of these spirits. Men were travelling miles away on air without the modern aircraft, men had dreams that never failed them, men had technology and art insights, and men were Gods. But when the Igbo started enjoying the Western civilisation, they left their remote villages and towns, leaving these spirits behind to the new life of ‘I don’t care’. In those days, men were not rulers of themselves; the spirits dominated and they were under these spirits dominion.

Upon the relationship that existed between these spirits and men, they were totally divided entities that yet believed they needed the aid of each other to have a sane atmosphere, hence the matrix: As above, so below. Men never ventured into anything without having an agreement between these spirits. The overall economy of men was a one-on-one with the spirits. Men were very careful not to attract the wrath of these spirits that were ever ready to punish any defaulter.

As men lost the connection they had with these spirits, some of them who had the knowledge bequeathed them, turned to priests and kings. There was a time Kings were Gods and hardly could they be destroyed by mortal men, unlike in the modern era that majority of the Kings in ala-Igbo could be described as spilt stew which even measly kidnappers can hijack and they will be crying like a baby. Shifting from who Ndigbo were spiritually to the Western civilisation, was when something went wrong. The Igbo world of spirituality was enmeshed in the profusely quest for good. Doing evil was alien and any person found wanton was given the measure deserved of the person according to the rule.

Today, some persons have discovered their spiritual consciousness like Odinala but are yet to discover the metaphysics governing this consciousness. To these persons, they are consciously radical but have nothing to under the sun as spiritual backing. These persons just spillover to any discourse. These persons are not like the Igbo forebears who were spiritual innovators and uniquely radical. They brought metaphysical innovations beyond the early world’s concept. They didn’t only show that they were conscious of the Igbo they were, they made sure there was groundbreaking civilisation.

However, some persons believe that they can flip the old ways known of the Igbo spirituality or even turn things upside down just for the purpose of establishing a self-seeking methodology. It is sad that the Igbo have lost what these spirits taught them, but accepted what they think the Western civilization can offer. It is sad that men wanted a world of selfishness and this reigns supreme in their world of today. Against this influence, they believe that they neither have any contact with these spirits nor are they the spirits’ servants. Then they begin to look for liberation that will not come in its reality but perhaps, in an alternative representation which is elusive.