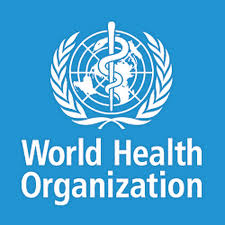 World Health Organisation (WHO), Spanish Governennt and the Federal Government of Nigeria entered into partnership signed to ensure stability of mental health among the internally displaced persons (IDPs) in the north east region of the country.

Reports from United Nations Office for the Coordination of Humanitarian Affairs (UNOCHA) have indicated that 1.7 million persons are internally displaced in the three Boko Haram ravaged states of Borno, Adamawa and Yobe.

The Medical Consultant to WHO, Dr. Hassan Bala said Monday while addressing the Spanish Ambassador to Nigeria, Mr. Cabanas Marcelino during his routine visit inspection of work and facilities provided for the mental health programme at the Federal Neuropsychiatric Hospital Maiduguri that in emergency settings, as the case in the Northeast, the rate of common mental disorders can double due to gender-based violence, abductions and gross atrocities that may trigger psychological problems which take years to heal.

“Despite this huge demand, the Federal Neuro-Psychiatric Hospital in Maiduguri, Borno State, is the only specialised mental healthcare hospital in Northeast region” Bala said.

He however noted that only 18 per cent of the fully or partially functioning health centres in the state can provide survivors of violence with integrated clinical management services.

Dr. Bala further said that through the WHO mental health Gap Action Programme (MHGAP) , 10 mental health specialists, have been engaged and trained with each conducting 10 outreach visits monthly to health facilities in the state.

According to him, WHO has also conducted close to 1,100 mental healthcare outreach sessions in 40 health facilities reaching over 17,000 contacts between October 2017 and September 2018 and referred over 1,500 patients to the Federal Neuro-Psychiatric Hospital Maiduguri for further management and care.

He also said that fund was needed to scale up mental health activities to other areas of Borno, Adamawa and Yobe states.

While the Chief Medical Director (CMD) of Federal Neuro-Psychiatric Hospital, Maiduguri, Dr. Ibrahim Wakawa expressed appreciation and gratitude to the government and people of Spain for their contributions towards better mental healthcare delivery in Nigeria.

In his remark, the Spanish Ambassador to Nigeria, Mr. Cabanas Marcelino said he was impressed with what he saw while promising to consider other areas for inclusion in the partnership that his government could offer more support and assistance on the mental health issues in the north east region among the IDPs and mental health facilities too.

He also thanked the management of the FNSH, WHO staff and FG for their efforts and support while assuring more assistance to the programme by the Spanish government in future.