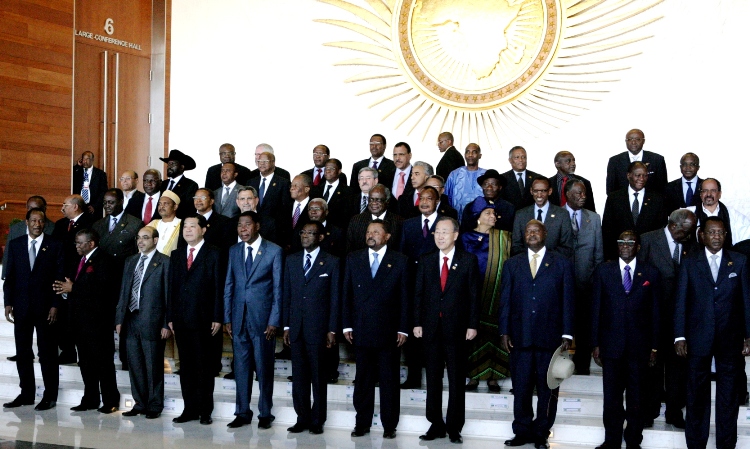 One of the most exciting teachings I received during my formative years was the lessons on prophecy. It was during my catechism class as a Catholic Christian, and prophecy as a topic posed a huge but thrilling challenge to me.

On that day, at that time and in that place, the Catechist(teacher) told the class that a�?prophecy is the certain foretelling of a future event by a person supernaturally informed of it and supernaturally moved to announce it. This, he added, comes in two ways; prophesy of foreknowledge and prophesy of denunciationa��.

In the same breath, while the prophecy of foreknowledge according to him, deal with what is certain to come, prophesy of denunciation tells what is to come if the present situation is not changed; both acting as information and warning respectively.

However, this knowledge gained has since transcended to the political circle as it naturally comes flooding whenever I ruminate about leadership challenge in Africa. Regrettably, our continent is littered with information and warning prophecies booming across our wavelength without our leaders listening.

Notably, flagrant disregard for public opinions, ignoring advice/admonitions from well-meaning Africans and groups, paying no attention to political and socioeconomic concerns expressed by the people as well as undermining institutions are but, vivid examples.

From Zimbabwe to South Africa, Kenya down to Nigeria, the story is the same; penchant for ignoring advice, warning signals, and inability to read the political handwriting on the wall.

This baffling disposition in effect, prepare the ground for African a�?leadersa�� to exercising power and responsibility not as a trust for public good, but as an opportunity for private gains.

Acting as a boost to the above is the excruciating poverty and starvation orchestrated by these a�?leadersa�� and visited on the continent in such that it drives more people into the ranks of the beggars, whose desperate struggle for bread renders them insensible to all feelings of decency and self-respect.

A similar reason is the established fact that Africa is a continent where tribal loyalties seem stronger than the sense of common nationhood. A state of affairs that blurs our vision about public leadership and promotes nepotism, cronyism and corruption while making our political judgments bigoted

Also working in favour of these African leadera��s proclivity to disobeying political prophecies is their gross poverty of history, a condition that roundly prevents them and their followers to learn from the consequences that befell some of the past African leaders that ignored political prophecies. In our living memories are; Robert Mugabe of Zimbabwe, Gnassingbe Eyadema of Togo and Mobutu Seseseko of Zaire among others

But now that the information coming from our past and present leaders are faulty and defective, now that we are faced with the reality that tomorrow has become now, how do we as a continent tackle the future?

If you are in doubt of how enormous these challenges are, then, check out the brazen impunity recently demonstrated by one of the so-called African leaders. Mr Raila Odinga, of the Peoplea��s Republic of Kenya, recently decided to, and afterwards had himself, but, illegally sworn- in as the parallel president of the Republic despite his non-participation in the rescheduled presidential election in Kenya.

With this move, Odinga, again, as an average African a�?leadera�� demonstrated his political blindness to prophecies and in effect, proved to the world that public opinion makes little or no meaning to him. To Odinga, it is not about the people but personal aggrandizement. To him, it is not about service but selfishness.

Yet, if you think that Odinga is alone on this inglorious voyage, wait till you cast a glance at this. Jacob Zuma, the ousted South African president recently among other things stated as follows, a�?I have come to the decision to resign as president of the republic with immediate effect. Even though I disagree with the decision of the leadership of my organization. No life should be lost in my name. And also, the ANC should not be divided in my namea��

Arguably well crafted and a reasonable statement but notwithstanding, a deeper probe of this statement again like Odinga, presents Zuma as a leader enmeshed in an inordinate evaluation of self, position and incurably blind to public opinion. His disagreement with the partya��s position is but a pragmatic exhibition of a man that failed to view leadership as a trust that was freely bestowed on him by the people, which can also be withdrawn at any moment when observed that the value-addition role expected of a leader is no longer felt.

Back home, political warnings and handwritings have been obvious, torrential with hope for abating not in sight. Prominent among these, was a well listed and considered leadership deformities associated with the present administration as authored by the former President Olusegun Obasanjo.

In the same vein, a similar warning came recently from the Transparency International stating that corruption in Nigeria is on the increase. Of which the situation in my views, may become worse if something dramatic is not done to arrest the drift.

Nevertheless, such a development should not be a surprise as it is considered a useful ingredient in a democratic environment. Questioning, condemning when we should, and commending when we can, forms evolving democracy. What our leaders do with the issues raised should also be of concern to us.

Looking ahead, therefore, If truly a people- purposed leadership is what we seek in Africa, if accelerated economy is our goal, if social and cultural development is our dreams, if promoting peace, support our industries and improve our energy sector forms our objectives, then, the solution to these critical demands calls for overwhelmingly urgency and demand a generational change.

Why? The simple answer is that Africa as a continent has a well talented and well educated youth that can build a modern continent.

Apart from other fears so entertained, one area of interest the people must watch in the interim is our political leader’s expertise in adopting the tactics of the coquette. a�?A tactics that make the public fall in love with excitement while these leaders remain inwardly detached; while keeping them in control. Such entreaties must be watched and controlled if we are to move forward as a continenta��.

Very instructive also, ita��s my views that fighting the dearth of leadership is a war that we must win. But, for us to be successful, we must first realize that to safeguard democracy, a�?the people must have a keen sense of independence, self-respect and onenessa��, and insist on choosing the right people as their leaders against all odds.

Finally, leaders on their part should not live under the illusion of a misguided cleverness but should a�? study history, study the actions of the eminent men, to see how they conducted themselves and to discover the reasons for their victories or their defeats so that they can avoid the later and imitate the formera��.