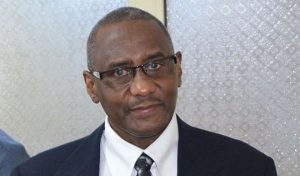 President Muhammadu Buhari ordered the reinstatement of the Executive Secretary , National Health Insurance Scheme (NHIS), Prof. Usman Yusuf, on the belief that the allegations against him had not been substantiated, the PUNCH reports. .

Punch citing  a top government source reported  that the government’s position was that the committee constituted by the minister to investigate Yusuf was neither independent nor free from bias.

The government source told Punch that 20 of the 23 allegations levelled against the NHIS boss were not backed with evidence, while the remaining ones appeared concocted because of evident alterations and mix-ups in dates.

The newspaper recalled that Buhari decided to appoint Yusuf at a time the Health Management Organisations were short-changing the system, leading to a situation where subscribers to the scheme were not getting the best out of it due to sharp practices on the part of the HMOs and health providers.

President Buhari had during the week, ordered the reinstatement of the suspended Executive Secretary of the National Health Insurance Scheme (NHIS), Usman Yusuf