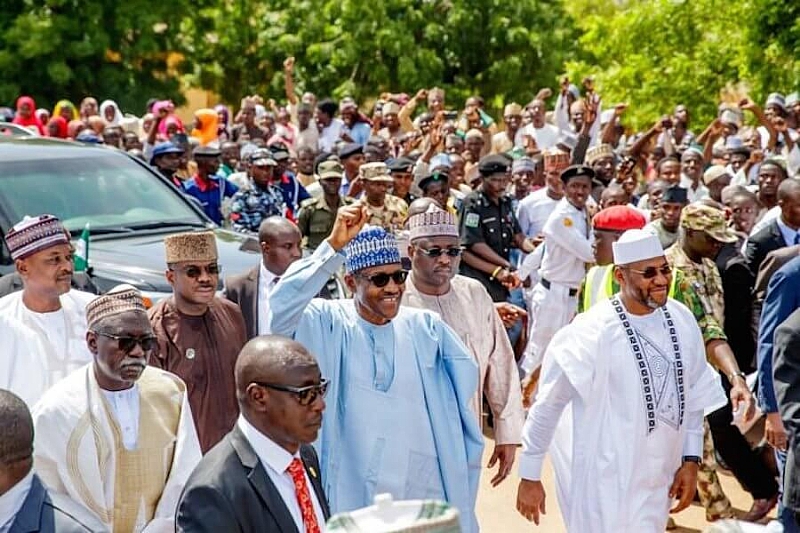 Do public officials owe the public full disclosures about their health status? Does the age of a political leader really matter when it comes to the leader performing his/her statutory duties?

Answers to the above questions have never been straight forward even in countries like the USA and the UK where the public’s right to know can sometimes verge on intrusions into those inner sections of a leader’s private life normally shielded from the public by privacy laws and ethical considerations. However when a leader tries to use any aspect of his private life to gain political mileage such as posting photographs of himself and his family to portray himself by innuendo as a good family man, it becomes legitimate, under the public’s right to know the truth, for that claim to be interrogated, using any legal means. For example while it is generally believed that the public has no right to know of the bedroom matters between a public official and his wife it becomes a different matter if, for example, the said public official has claimed that he sleeps with his wife every day. In the quest to discover the truth here, it becomes legitimate and ‘in the public interest’ for investigative journalists and others to use any legal means to find out if the public official was telling the truth or lying. In essence it becomes legitimate to intrude in what would otherwise have been considered a no-go area for the public in the search for the truth. I believe that the implicit belief that it is in the public interest to discover the truth in any claim is one of the reasons why truth (justification) is one of the recognized defences in defamation laws. It is in this sense that I believe that Buhari’s recent attempt to demonstrate that he is as fit as a fiddle by allegedly walking 800 kilometres will only raise more question than it sought to answer. I shall return to this.

I have severally maintained that the whole argument that young people will do better in office than the older people is not borne out by our political history. In fact if we compare the age at which Nigerian leaders come to office with those of their counterparts elsewhere, it becomes clear that the country’s governance has always been dominated by young people. This is the age at which these Nigerian leaders assumed office: Tafawa Balewa, the first and only Nigerian Prime Minister (48); Nnamdi Azikiwe (ceremonial president at 56); Aguiyi Ironsi (42); Yakubu Gowon (32); Murtala Muhammed (37) Obasanjo (as Military Head of State, 39); Shehu Shagari (54), Buhari (Military Head of State, 42): Babangida (44); Shonekan ( 57); Abacha (50) Abdulsalam Abubakar (56); Obasanjo (as civilian President, 61); Umaru Musa Yaradua (56); Goodluck Jonathan (53) and Buhari (as civilian President, 72).

Now compare the ages of these Nigerian leaders with the ages of the youngest leaders from some of the advanced countries we normally like to look up. In the USA for example, the ages of the country’s five youngest Presidents when they took office were: Theodore Roosevelt (42 years, 10 months and 18 days); John F Kennedy (43 years, 7 months and 22 days old); Bill Clinton (46); Ulysses Grant (46 years and 10 months) and Barack Obama (47 years, 5 months and 16 days old). In the UK, David Cameron became the youngest British Prime Minister in almost 200 years (since Lord Liverpool in 1812) at the age of 43. In Germany Angela Merkel, became the youngest German chancellor at 51 in 2005. In France, the youngest person to become Prime Minister was Laurent Fabius, (at the age of 37 years, 332 days). Emmanuel Macron, who became President at 39 years, 144 days) became the youngest French President and one of the youngest European leaders. Remarkably Gowon, Murtala Muhamed and Obasanjo were all younger than him when they took office. In the US no one under the age of 42 has ever ruled that country.

There are countries where leaders in their 80s and 90s hold sway and there is no evidence that they are worse than the Facebook generation leaders. Examples include North Korea’s Kim Yong-nam, who is now 90; President Beji Caid Essebsi of Tunisia’s (91) Sheikh Sabah IV Ahmad al-Jaber al-Sabah, the Emir of Kuwait who turned 89 in June 2018; Dame Marguerite Pindling (the Governor-General of the Bahamas since 2014 and the world’s oldest female leader who turned 86 in June 2018); Sir Colville Young, Governor-General of Belize, (85); Paul Biya (85), who has been President of Cameroon since 1982; Robert Mugabe Zimbabwe’s former president was 93 (and the world’s oldest serving head of state when he was forced to resign in November 2017) and Dr Mahathir Mohamad, 93, who became Malaysia’s Prime Minister for the second time at the age of 92.

Just as there is no direct correlation between one’s age and ability to govern, so can we not draw any direct inference between one’s illness and ability to rule (except in cases of clear incapacitation – itself a relative concept). For instance, our most active former President (both in office and out of it) Obasanjo has been living with diabetes for some 30 years; Abraham Lincoln, USA’s 16th President and Winston Churchill, Britain’s two-time Prime Minister both battled with depression while in office; British Prime Minister Harold Wilson was diagnosed of colon cancer during his second term in office, (1974-1976) and Tony Blair, as British Prime Minister in 2004 (and aged only 51) was found to be suffering from supraventricular tachycardia, and the following year was treated for a heart flutter. In the same vein, former British Prime Minister Gordon Brown lost the sight in one of his eyes after a teenage rugby accident and had a retinal detachment in the other eye; Konstantin Chernenko the fifth general secretary of the Communist Party of the Soviet Union was terminally ill when he took office in February 1984; Fidel Castro, the late Cuban President underwent surgery for intestinal bleeding in 2006 at the age of 80 (and stepped down in 2008) and current British Prime Minister Theresa May, was in 2012, (while serving as Home Secretary) diagnosed with type 1 diabetes which she manages with four insulin injections a day.

The point of the above is that a leader’s age or ill-health cannot necessarily disqualify him for leadership. But a leader can also by his utterance or action make the issue of his age or health a legitimate campaign issue. This is what Buhari’s handlers seem to have succeeded in doing with the alleged 800 metre walk.

According to reports after Eid-el-Kabir prayers in Daura, Katsina State, Buhari shunned protocol, and amid cheers from hundreds of well-wishers who lined the route, walked “800 metres from the prayer ground to his private residence.” Buhari’s Senior Special Assistant on Media Garba Shehu was quoted as saying that with the ‘800 metre walk’, “the president has done one thing today – that the issue is not how old one is but how fit he is; how healthy he is. That the president has proven his fitness and wellbeing to continue in office is a settled matter.”

No, Malam Garba Shehu!. The alleged walk has just opened up the topic for wider public debate rather than “settled it.” The search for the truth surrounding the alleged ‘800 metre walk’, which the public has a right to know, can include: Did the President really walk for 800 metres or was the distance he walked exaggerated? How long did it take the President to walk the assumed 800 metre distance and how long will it normally take a healthy person to cover such a distance? Did he use the crowd as excuse to rest intermittently as he walked? Was he panting as he walked? Can the President publish his medical records to support the theory that he is as fit as fiddle? Is the ability to walk 800-metre distance conclusive evidence of good health or physical fitness to be President? How many hours a day does the President work? How many files does Buhari treat at a stretch without break? What level of good health or physical fitness should be the irreducible minimum for anyone seeking the office of President? The search for the above answers cannot be done without putting the President’s health and age on the focus.

P&ID: Why flog a dead horse?

Biafra: Did the Igbo Kill Jesus?

Why Coronavirus May be Deadlier in Nigeria: A Housing Perspective