At a stand up show in Tampa, Amy Schumer was boo’d for talking about political issues during her comedy set. 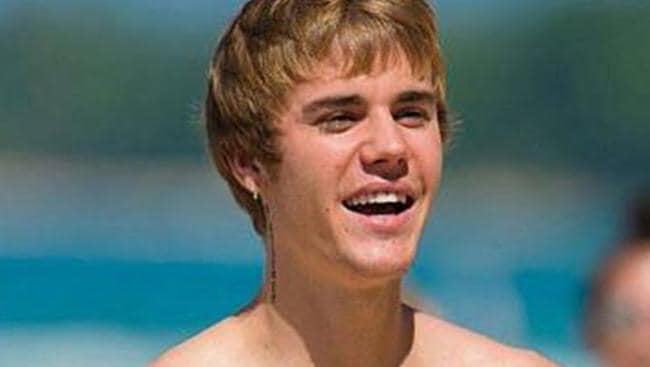 YEARS ago, online trolls were nothing more than keyboard warriors looking to get a rise from celebrities or other users.

But, thanks to sites like Reddit and 4chan, they have become mass, organised units, with the capability of destroying movie profits or forcing celebrities off social media all together.

The sub-groups of these websites have become so bad, Hollywood have begun to “fight fire with fire”.

Netflix have altered their rating system after trolls organised mass groups to down vote certain things while Instagram have added a feature that allows its users to ban comments altogether.
While these are useful steps in fighting against online trolls, there’s no denying Hollywood is currently losing its battle against the internet.

Here’s some of the worst examples.

‘THE PROMISE’ TROLLED ON IMDB

The Promise, which tells the story of the Armenian genocide of 1915, was always going to be a controversial film considering millions still deny the genocide even happened.

But, while the movie didn’t blow critics away, it definitely wasn’t bad enough to garner 55,000 one star ratings after three small prerelease screenings.

The movie, which stars Christian Bale and Oscar Isaacs, is slated for release later this month but had a few small premieres in October last year. Christian Bale stars in The Promise which was viciously downvoted by Turkish campaigners who deny the Armenian genocide.Source:Alamy

Speaking to The Hollywood Reporter, producer Mike Medavoy said, “All I know is that we were in about a 900-seat house with a real ovation at the end, and then you see almost 100,000 people who claim the movie isn’t any good.”

The trolling was later traced to a Turkish version of 4chan called Incisozluk, which campaigned to ruin the rating of the movie.

SHIA LABEOUF AND HIS TRUMP INSTALLATION

After LaBeouf’s anti-Trump protest ‘HE WILL NOT DIVIDE US’ became a “flashpoint of violence” at a number of locations around the US, the actor thought he’d evaded trolls by moving it to an undisclosed location in the middle of nowhere.

Trolls from the /pol board in 4chan then proceeded to do CIA level research to discover the location of the flag resorting to studying flight paths and the patterns made by the sun and stars to find the protest.

When they were relatively sure of the location, they enlisted the services of a local 4channer to drive around the suspected location honking his car horn.

A little over two days after the flag was flown, the livestream filmed the flag being stolen and replaced by a Trump hat.

Trump should just disband the CIA and replace them all with the kids from 4chan. Much better track record. #HeWillNotDivideUs

Someone found Shia LaBeouf’s hidden “He Will Not Divide Us” flag and replaced it with a Trump hat. We’re living in an exciting time, people. pic.twitter.com/qxlkBjjhwq

LaBeouf has since moved it to the Foundation for Art and Creative Technology in Liverpool, England.

4Chan was at the centre of controversy back in 2013 when a subgroup started a worldwide trending hashtag #cutforbieber.

A user wrote “Let’s start a cut yourself for Bieber campaign … see if we can get some little girls to cut themselves”.

But, a number of Justin Bieber’s real fans, most of them teenage girls, fell for the hoax and started posting photos of their own self harming. Justin Bieber’s fans fell for online trolls back in 2013 who encouraged self-harming to ‘stop him’ from smoking marijuana. (AFP PHOTO/ROBYN BECK)Source:AFP

While Bieber never responded to the trolls, Miley Cyrus weighed in on the terrible hoax tweeting, “Cutting is NOT something to joke about. There are people who are actually suffering from self-harm, this is so disrespectful.”

Adding, “I really hope this cutting s**t is just a bunch of punk ass haters that have nothing better to do and no one out there harming themselves”.

Schumer recently took to Instagram to slam online trolls who she claimed, organised themselves to downvote her newest Netflix show The Leather Special.

The comedian claimed she is constantly the victim of alt-right redditors who have previously tried to tank her book, TV show and movies.

“I want to thank them. It makes me feel so powerful and dangerous and brave. It reminds me what I’m saying is effective and bring more interest to my work and their obsession with me keeps me going,” she wrote. 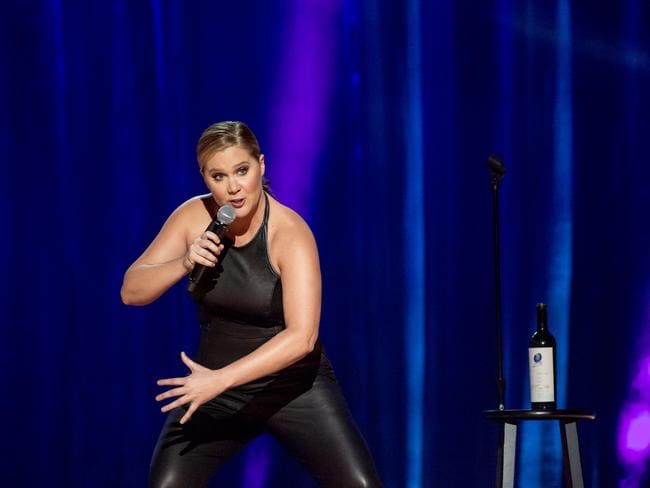 “It fills me with hope and power to see you all furiously posting so as always accuse me of whatever lies you want. Call me a whale. Call me a thief and I will continue to rise and fight and lead. I know who I am. I am strong and beautiful and will use my voice my whole time on this earth,” she added.

After Schumer’s special was furiously downvoted, Netflix announced a timely change to their ratings system.

Instead of their original five star approach, the streaming giant now uses a thumbs-up/thumbs-down method.

He didn’t comment on whether the increasing power of online trolls had played a part.