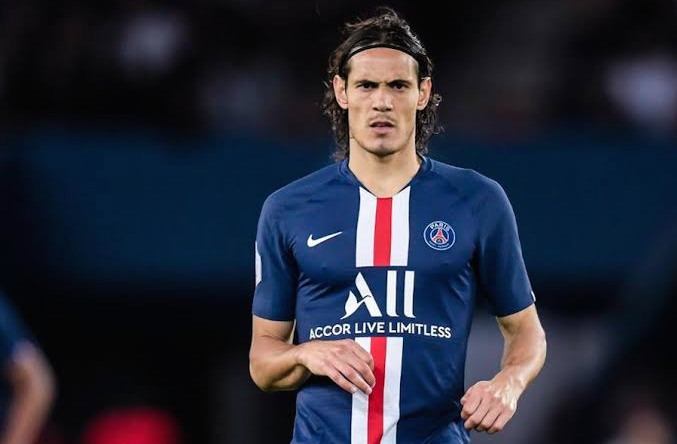 Tammy Abraham sustained an ankle injury in the 2-2 draw against Arsenal on Tuesday night.

Frank Lampard has revealed the club top scorer injured his ankle and he his hoping he will be out for a short term.

Chelsea need to go all out to sign PSG striker, Edison Cavani whether Abraham is out for a long term or not.

Cavani has expressed his desire to leave PSG this week after losing his place in the team to Mauro Icardi, who has been on fire since joining on loan from Inter Milan in the summer.

Cavani is an experienced striker whose positioning is top notch, he can provide the goals for Chelsea in the short term and also serve as a mentor to Abraham.

The likes of Batshuayi and Giroud are not worthy back up for Abraham and they are not putting enough pressure on the England international.

Abraham has missed six big chances this season.
Lampard is worried about the team’s lack of killer instinct which has cost them a lot of points this season.

Cavani is one of the best strikers in the world, his record speaks for him and he will be able to convert Reece James’ crosses.

It has been reported that Chelsea’s technical mentor, Claude Makelele has held talks with Edinson Cavani in a bid to convince him to join the club.

The 32-year-old contract runs out in the summer, PSG may be tempted to cash in on him now to avoid losing him for free in the summer.

5 thoughts on “Why Chelsea Need To Sign Cavani This Month ”