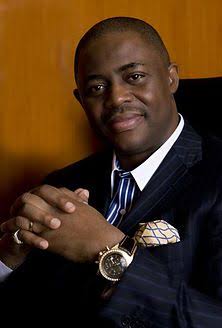 In Nigeria today, the social pyramid is inverted – the conventional elite who belong at the apex languish at the bottom of the pyramid , thier personalities, views & opinions derided and criticised by the so called new elite.

Some of the common masses who ordinarily belong at the bottom (as nonentities or in jail) are the new elite flexing their ill gotten power at the top .

They hold an entire nation captive to their limited world view, laying to waste any boldly contrary opinion in a race to the lowest possible standard of thinking or conduct.

Unsurprisingly, a parochial, plebian mentality pervades the powerful new narrative espoused by the new elite to perpetuate their new found position in politics and government.

This narrative supports a collective amnesia of history, facts, standards and values. The reward for disciples who worship at the feet of the High Priests of the new national order is recognition, reverence and all the vulgar trappings of easy money.

So powerful is this narrative that The High Priests and disciples alike are slavishly praised and venerated by opportunists, the greedy and those who are simply slow witted or mentally lazy.

If not, how can anyone challenge the intellect of FFK or his right to correct deliberate distortions by those who wish to mortgage our future for selfish ends?

The progeny of the legendary Sapara Williams, the first Nigerian lawyer who was called to the English Bar in 1874 and Rev. Emmanuel Adebiyi Kayode one of the earliest Nigerian Anglican clerics who graduated from the United Kingdom's Durham University in 1870, FFK was born into established family wealth, affluence and education since the mid-1800s – he cannot bow down to the new High Priests or third rate disciples!

His grandfather, Justice Adedapo Kayode studied law at Cambridge University in 1921, was called to the English Bar in 1924, came top in the English Bar exams for the whole of the British Commonwealth for that year and went on to become the top criminal lawyer in Lagos of his day. He also went on to join the Bench and was the third Nigerian to be appointed as a judge by the British authorities. All judges in Nigeria at that time were British.

His father, Chief Remi Fani-Kayode Q.C. S.A.N CON, studied law at Cambridge University in 1943, was called to the English Bar in 1947 and also came top in the English Bar exams for the whole of the British Commonwealth.

FFK himself not only went to Cambridge University to study law from where he graduated with distinction with an upper second in 1984 but he also went to London University (SOAS) for his first degree. He was called to the Nigerian Bar in 1986.

From the age of 7 years old in 1967 right up until he finished at Cambridge in 1984 FFK had the privilege of studying at the oldest, finest, best and most prestigious private schools that money could buy in the United Kingdom!

These were schools that the children of the British royalty, landed gentry, upper classes, oldest families and elites attended.

Like his great grandfather, grandfather and father, FFK went to the best universities in the UK but unlike them he had the added privilege of having his entire pre-university education there as well. He never attended any Nigerian school.

Is it any surprise that the man is so bold and confident?

He can be vocal/radical and challenge the status quo – he has nothing to prove.

This is a mind cultivated and trained at institutions that have educated an aristocratic elite that have ruled England for over 500 years – the same elite that colonised half of the world and made their language and culture the benchmark.

This is pedigree, pure and simple! As we say “bibi re one fowo ra!”

Perhaps those who challenge FFK's intellect or compare him unfavourably with home grown “talent” judge him according to their own more provincial standards – this is understandable. It is their comfort zone. It is easy to criticise what is beyond our experience or people whose privileges rile us.

AS APC 'BRINGS’ORDER FROM CHAOS