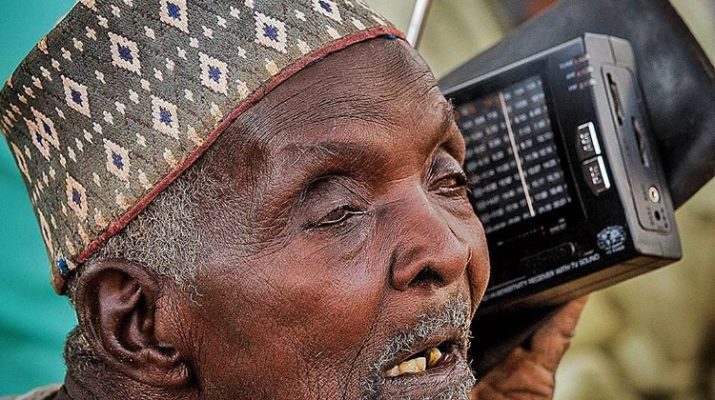 A prominent Civil Rights Advocacy group- HUMAN RIGHTS WRITERS ASSOCIATION OF NIGERIA (HURIWA) has asked the Nigerian government to perish the idea of setting up a Fulani radio station with public fund for herdsmen because it breaches several sections of the Nigerian Broadcasting Code and section 42 of the 1999 Constitution of the Federal Republic of Nigeria.

HURIWA said if the central government in clear breach of all extant laws goes ahead with the Fulani Radio as a public broadcaster then it should be ready to face an avalanche of litigations from Nigerians of diverse Ethno-religious configurations who would be shortchanged should the commonwealth of Nigerians be deployed the exclusive interest of a section of Nigeria. The Rights group through a media statement by the National Coordinator Comrade Emmanuel Onwubiko and the National Media Affairs Director Miss Zainab Yusuf said the idea of setting up an exclusive publicly funded radio station to be broadcasted in one language is both divisive and criminal just as it may be misconstrued as a weapon to mobilise armed fulani herdsmen to intensify their murderous and blood Cuddling rampage all across Nigeria. The group reminds the Nigerian government that the genocides that tore apart Rwanda prior to the coming of President Paul Kegame were aggravated by Ethnic oriented broadcasting institutions similar to what the minister of Education Adamu Adamu categorically announced.

HURIWA also dismissed as double speak the belated explanation by the Director General of the National Broadcasting Commission Alhaji Modibbo Kawu who sought to tie a wool of confusion on Nigerians by denying that the Radio Licence issued which the minister of Education- the Fulani born Alhaji Adamu Adamu confirmed to be a Fulani Radio for herdsmen is not exclusively for herdsmen but for farmers and hunters.

HURIWA wondered why the NBC official clearly spoke from both sides of his mouth when the Minister of Education Adamu Adamu categorically confirmed to Nigerians that the Radio Licence was obtained for the purposes of broadcasting in Fulani and for the herdsmen to stop the attacks targeting farming communities. HURIWA stated emphatically that the idea of a Fulani radio station with public fund will never be accepted by Nigerians going by the obvious constitutional crime that such an action has engendered which offends section 42 of the Constitution Of the Federal Republic of Nigeria.

HURIWA said the decision of the Muhammadu Buhari’s administration to obtain a licence and plan to deploy public fund to commence the operations of the radio for the purposes of mobilising fulani herdsmem violates several sections of the National Broadcasting code which are derived from the extant National Broadcasting Commission’s Act including the sections that prohibits the deployment of public fund to service the interests of only a few sections of Nigeria.

HURIWA which quoted copiously from the code of public and private broadcasting in Nigeria stated as follows: “The broadcastingCode represents the minimum standard for broadcasting in the Federal Republic of Nigeria.The Code shall be applied in the spirit as well as in the letter in accordance with the professional ideals of broadcasting.”

HURIWA affirmed that the broadcasting code in its general principles defines the character of broadcasting and emphatically stated that the general interest of Nigerian nation and not of one ethnic group must be conveyed by the activities of the publicly funded broadcasting just as the code stated that broadcasting shall influence society positively, setting the agenda for the social, cultural, economic, political and technological development of a nation, for the public good.”

HURIWA reminds the Federal Government that the National Broadcasting code rules out such discriminatory funding of a radio outfit to serve sectional interest because by means of broadcasting, every Nigerian is expected to partake in the sharing of ideas and experiences that will enrich the life of the citizenry and help them live in a complex, dynamic and humane society, as stated in the fundamental objectives and directive principles of state policy set out in Chapter two of the 1999 Constitution of the Federal Republic of Nigeria {as amended} {hereinafter referred to as the Constitution}.”

“May we inform President Buhari that the cardinal responsibility of broadcasting is to inform, educate and entertain and shall not be at the expense of national interest, unity and cohesion of

Nigeria’s diverse social, cultural, economic, political and religious configurations which this his Fulani radio station can not meet the thresholds and global best practices.”

HURIWA said broadcasting according to the code has obliged radio stations to ensure that activities of the station shall provide an efficient, professional and comprehensive service to the people of the Federal Republic of Nigeria and not meant to service sectional interests even as the code states that broadcasting shall promote values and norms, which foster the well-being and co-operation of the various segments of the Nigerian society.”

HURIWA said by law the public service broadcasting is to promote national unity amongst diverse groups and rural communities in Nigeria as well as give opportunities to the different views and opinions in the society.

HURIWA also faulted the decision of the government to exclusively commence a public service broadcasting to benefit just the herdsmen or hunters to the exclusion of the interests of the over 250 Ethno religious affiliations because Public Service Broadcasting shall derive its funding from public funds i.e. from first line charge of the Federation Account, part of the Digital Access Fee (DAF), Radio and Television set Licence fees.

The Rights group also carpeted the Federal Government under President Muhammadu Buhari for contemplating the setting up the Fulani Radio which is discriminatory against other Nigerians just as HURIWA describes the policy as a direct violation of section 42 of the constitution of the Federal Republic of Nigeria of 1999 (as amended).

HURIWA said: “For the avoidance of doubt, may we remind the President that section 42. (1) of the constitution prescribes as follows: “A citizen of Nigeria of a particular community, ethnic group, place of origin, sex, religion or political opinion shall not, by reason only that he is such a person:-

(a) be subjected either expressly by, or in the practical application of, any law in force in Nigeria or any executive or administrative action of the government, to disabilities or restrictions to which citizens of Nigeria of other communities, ethnic groups, places of origin, sex, religions or political opinions are not made subject; or

(b) be accorded either expressly by, or in the practical application of, any law in force in Nigeria or any such executive or administrative action, any privilege or advantage that is not

accorded to citizens of Nigeria of other communities, ethnic groups, places of origin, sex, religions or political opinions.

(2) No citizen of Nigeria shall be subjected to any disability or deprivation merely by reason of the circumstances of his birth.

(3) Nothing in subsection (1) of this section shall invalidate any law by reason only that the law imposes restrictions with respect to the appointment of any person to any office under the State or as a member of the armed forces of the Federation or member of the Nigeria Police Forces or to an office in the service of a body, corporate established directly by any law in force in Nigeria.”

HURIWA has therefore asked President Muhammadu Buhari’s administration to jettison the highly divisive idea of deploying public resources to set up a radio station for the purposes of broadcasting to Fulani herdsmen just as the Rights group wondered why President Muhammadu Buhari’s administration does not trust either the Federal Radio Corporation of Nigeria or Voice of Nigeria to deliver a programme that would competently educate Nigerians of Fulani extractions and their neighbours on the virtues of good neighbourliness instead of duplicating the institution of public broadcasting which in this specific case is not only controversial but absolutely illegal and unconstitutional. HURIWA stated that the only reason for side stepping the established public broadcasting institutions such as Federal Radio Corporation of Nigeria; Voice of Nigeria or the Nigerian Television may not be far from the allegation that the current administration supports the Fulanization and Islamisation agenda of the marauding armed fulani herdsmen.

HURIWA recalled that the Federal Government says it has acquired an Amplitude Modulation radio broadcast licence to reach herdsmen across various locations in the country as parts of measures to enhance nomadic education.

The Minister of Education, Adamu Adamu, said the radio frequency was to end the perennial farmers-herders crises across the country and added that the radio service would operate on frequency of 720KHz, and would air in Fulani language, as the government believes that the radio medium is one of the viable means to reach the herdsmen.

HURIWA said its an obligation for other Ethno religious groups to file a case in court to challenge this absolute illegality of a publicly funded Fulani radio station.

9 thoughts on “Why Fulani Radio Is Illegal-: Says Huriwa”