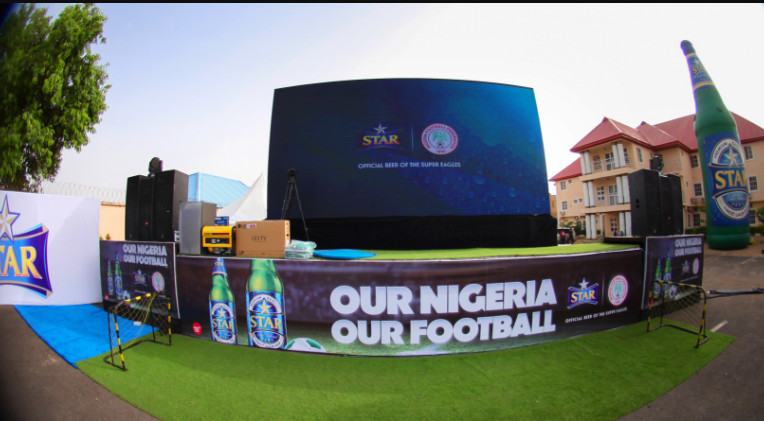 Football as they say, is an instrument of peace and unity. Bringing people from different religious backgrounds, ethnic groups and social class together to enjoy ninety minutes of their favourite football teams playing.

Jos popularly called a�?J-towna�?, the home of peace and tourism in Nigeria had a successful screening of the friendly match between Super Eagles and Serbia on Tuesday, 27th March 2018 at the Star Fan Club, Jos.

Football fans in Jos showed us they were very passionate about the game by being more than mere spectators at the screening and actively participating in the match. The atmosphere was electrified as fans cheered on the Super Eagles as they played against Serbia.

Although the match ended with the Super Eagles losing to Serbia by 0:2, we are proud of our National team and we wish them the very best in their game.

Star Lager Beer, the official beer of the National team, celebrated the Super Eagles in Jos, making the screening possible by powering Nigeriana��s passion for football with premium quality football experiences in an electric atmosphere that brought consumers of the brand and passionate football fans closer.

Nigerian Man Gets Wedded To His Guitar