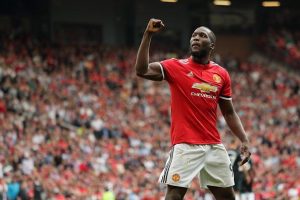 Mourinho accused Manchester United fans of being under-appreciative of the £75 million striker, suggesting the centre-forward should be immune from criticism after an excellent start to his Old Trafford career.

Having first raised the issue following United’s 1-0 win over Tottenham Hotspur on Saturday, Mourinho expanded on his concerns ahead of his side’s Champions League meeting with Benfica.

“The fans are the fans. They pay for their ticket and are free to express how they want to express but my job is to protect my players when they deserve it,” said Mourinho.

“Romelu is one of the players who should be untouchable in terms of respect from everyone. It’s not one goal or the ball going against the post or a save by the opposition keeper that can make Romelu’s contribution below the top level. He is playing extremely well for us

Mourinho said Lukaku’s contribution extends beyond his 11 goals since his summer move from Everton. He has not scored in his last five games, but has made some key assists, including the winner for Anthony Martial against Spurs.

The United coach said this discredited the idea Lukaku does not contribute enough when he does not score.

“I don’t think he is quiet at all,” said Mourinho. “Ask [Toby] Alderweireld, [Jan] Vertonghen and [Eric] Dier if he was quiet. They are some of the best central defenders in football. The point is scoring or not scoring – in the end that is what people analyse. But he is not quiet at all.”

It is a curious move from Mourinho to chastise his own fans, although not the first time in his career he has done so.

In November 2014 Mourinho criticised Chelsea fans after a 2-1 home win over QPR.

“I was looking around and it was empty, but not in terms of people because it was obviously full,” he said at that time.

His latest remarks have prompted theories as to his true motive.

Those who attended Saturday’s fixture did not feel Lukaku received any criticism from the fans. Equally, there has been a relatively lukewarm response towards Lukaku given he has hit the ground running and already started to justify his hefty price tag. Other strikers who went on to become club legends after similarly strong starts formed an immediate bond with the supporters.

Lukaku does not appear to be suffering any confidence issue, albeit he will welcome his manager’s positive remarks about his form.

Most likely, Mourinho wants Old Trafford to respond to his observations by banishing any sense of ambivalence towards Lukaku’s performance so far. Should Lukaku’s name be chanted on Tuesday evening, no doubt the United manager will feel his words have had the necessary impact.

Serena Williams sees off Sevastova to waltz into US Open final

‘Take that for data!’ NBA coach fires up

24 thoughts on “Why Romelu Lukaku is untouchable in my team: Mourinho”