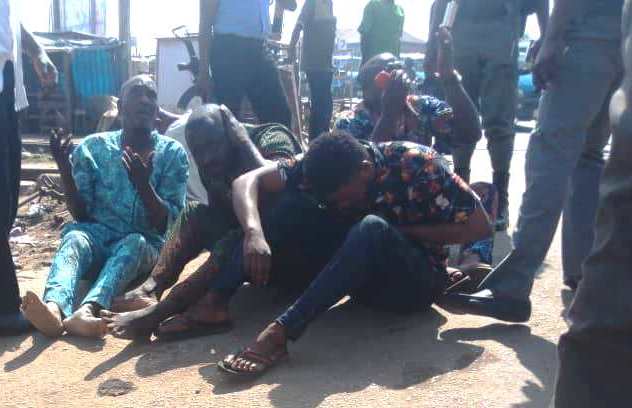 The Commissioner of Police in Osun State, Mr Fimihan Adeoye has explained that the police shut down the Lagos-Ibadan motor park in Osogbo, capital of Osun state because some drivers attacked and injured some policemen.

The Nigerian Voice gathered that a leadership tussle among the drivers degenerated and they attacked themselves with dangerous weapons.

An eyewitness said some drivers received deep machete cuts and there was panic at at the motor park located around Old Garage/Freedom Park areas.

It was learnt that one of the drivers that was stabbed on the head with sharp object ran to the police station with blood all over his body.

He reported the incident to the police and the Divisional Police Officer, Mr Olugbemileke led his men to the scene. However, the drivers faced the policemen and injured a police inspector.

The Mobile Policemen were mobilised immediately and many people were arrested at the motor park.

Traders abandoned their wares and fled from the area while passengers also took to their heels and the motor park was deserted immediately.

Some of those arrested claimed that they are mechanics at the motor park and that the actual people that were fighting escaped arrest.